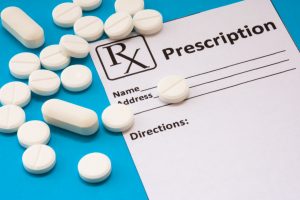 Sleeping pills are also known as sedative-hypnotic drugs, and they are prescribed to people diagnosed with sleep disorders like insomnia. The drugs help patients relax and fall into sleep.

These kinds of drugs are powerful, so prescriptions for them are very specific. They include the frequency of intake and the times of day it must be taken as well as the kind of drug and the dosage.

In pharmacies, these drugs are marketed under a variety of brand names. They also come in different forms, including tablets, capsules, and oral sprays. Capsules and tablets have different colors, as well as imprints on their surfaces indicating the brand name and strength. Some of them also have perforations to make them easier to identify.

Here are some of the brand names (and generic names in parentheses) of these pills:

Because of the calming and relaxing properties of these drugs, they have a tendency to be abused as well. In the black market, prescription sleeping pills are known by a number of street names, depending on where they come from or the ingredients they are mixed with. Here are some of the names:

If you’d like to know more about what prescription sleeping pills are and what they can do to the body, here are some facts about them.

The drug molecules bind to certain parts of the brain called GABA receptors. Once bound, they slow down brain activity, producing calmness and relaxation. This action is what helps patients sleep. 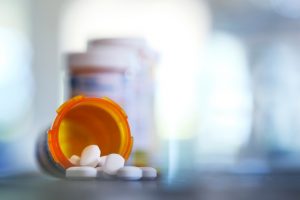 Aside from helping people fall asleep, these drugs can also help people stay asleep for a sustained period, which can help with severe cases of insomnia and other sleep disorders.

However, many of these pills are also likely to make patients dependent on them. In fact, most of them are classified by the Drug Enforcement Administration (DEA) as Schedule IV controlled substances. While not as bad as benzodiazepines (most of which are Schedule III drugs), prescription sleeping pills are still potentially addictive. Knowing that, these drugs must be taken carefully and only when prescribed by a doctor.

Prescription sleeping pills can interfere with the muscles

Aside from slowing down the brain to aid in sleep, these drugs also have a number of unintended consequences on patients. Recent studies have revealed that in the morning, there are still trace amounts of these drugs that can interfere with motor skills. In other words, they may cause some muscle weakness upon waking up. Additionally, they may also trigger sleepwalking, amnesia, and other sleep-related side effects.

Because of these, the Food and Drug Administration (FDA) ordered doctors and pharmaceutical companies to reduce their recommended dosages of these drugs.

Prescription sleeping pills have a range of other side effects

Taking these prescription drugs may also result in the following effects in the short term:

If these drugs are taken for longer periods, these additional side effects may show up later on:

Patients can develop tolerance to prescription sleeping pills, which may lead to addiction 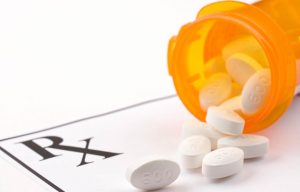 Even if these drugs are not as addictive as benzodiazepines and barbiturates, patients can still build tolerance for them. When they are used in the long term, patients would eventually feel their effects dwindling, so they would take higher doses. But if they do this without consulting their doctors first, it is risky and often leads to tolerance.

As patients have to take higher and higher doses to get the desired effects, soon enough they would become dependent on the drugs. Later on, they would show changes in their behavior and daily routines. Instead of focusing on their responsibilities, they would use most of their time finding and taking the drugs.

Prescription sleeping pills may cause patients to stop breathing

Aside from being addictive, these drugs may also cause patients’ breathing to slow down. This is known in the medical field as respiratory depression, and this condition can be fatal if not treated quickly. Respiratory depression often appears when the drugs are taken for more than 2 weeks. So, most doctors prescribe them for 1 to 2 weeks only.

Another consequence of taking these drugs is it can impair patients’ motor skills. This one is particularly dangerous as it may cause them to be prone to falls, bumps, or car accidents if they drive.

Long-term intake of these drugs may also lead to a condition called parasomnia, where patients have abnormal behaviors when sleeping.

Prescription sleeping pills must be taken as prescribed to avoid overdose

These drugs must be taken while strictly following a doctor’s recommendations. If patients take more than what their doctors ordered, they would most likely suffer overdose symptoms, such as:

In these cases, they must seek medical help right away, especially if their breathing is affected.

Addiction to prescription sleeping pills can be treated

Like other forms of substance abuse, addiction to these drugs is treatable. There are a good number of prescription sleeping pill rehab options available. Often, they are step-by-step programs that ensure a full recovery afterward.

If you know someone who has become addicted to these drugs, consult with a rehab professional. You will get the treatment options that will work best for your case.