Concerta is a drug that stimulates the central nervous system, and it’s often prescribed for attention-deficit hyperactivity disorder (ADHD) and narcolepsy. The former causes people to be impulsive and have short attention spans. The latter, on the other hand, is a condition that makes people extremely sleepy at any time of the day.

There are four variants of this drug that are available in the market: 18mg, 27mg, 36mg, and 54mg. All the variants are oblong-shaped tablets with varying colors: yellow, gray, white, and brownish-red, respectively. Each tablet is designed to give effects that last for 12 hours. They also have different brand names, which are:

If you’d like to know more about what Concerta is and its effects, here are some facts about it. 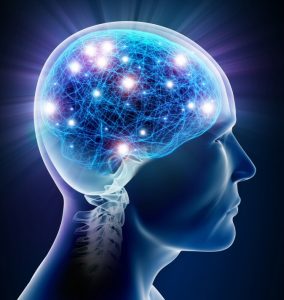 The drug’s main ingredient, called methylphenidate, is the one responsible for enhancing brain function. Specifically, it acts on a part of the brain stem to give the stimulant effect.

Biologically speaking, the drug molecules help the brain produce more dopamine. In turn, the dopamine activates a part of the brain known as the motor inhibitory system. As a result, patients would exhibit fewer impulsive behaviors. This is why the drug is effective in treating ADHD.

Concerta has a high tendency to be abused

The Drug Enforcement Administration (DEA) has put this drug under Schedule II, which means it has a high potential for abuse. Unlike other stimulants that are Schedule IV or lower, Concerta is much more addictive.

Due to its stimulating qualities, students often misuse it as a “study drug” to improve their focus. Other people would use the drug recreationally in parties. Some even take the drug to curb their appetites. This is a side effect, though; it is not what this drug is designed for.

Most of the time when this drug is abused, users would crush the tablets and either snort the powder or inject it into the bloodstream.

In the black market, Concerta is referred to using these street names:

Concerta is as addictive as cocaine

This drug is as addictive as illicit drugs like amphetamines and cocaine. When users take it via injection, the effects are quite similar to those produced by cocaine, though the body absorbs this drug 70 minutes slower. These effects are highly addictive.

To get the proper effects of this drug, patients must only take the amounts prescribed by their doctors. Taking larger doses than normal puts them more at risk of developing addictions.

The largest safe dose of Concerta is 72mg per day

Take note that this drug must not be taken without first consulting a doctor. Once prescribed, dosages often start at 18 or 36mg per day, and this is gradually increased every week by 18mg. For children 6 to 12 years old, the highest recommended dose is 54mg per day. For teens and adults, on the other hand, the maximum recommended dose is higher at 72mg per day.

Concerta stays in the body for up to 96 hours

Before taking a drug test, it’s important to know that detectable traces of the drug stay in the body for a while. In the urine, the drug stays for 48 to 96 hours. In the saliva, it lasts for 24 to 72 hours.

After those times, almost no traces of the drug will be left in the bloodstream.

Despite the addictive properties of this drug, doctors still prescribe it widely because of the positive outcomes for many patients. When misused, especially through snorting or injection, the drug produces euphoria in ways similar to cocaine and amphetamines. These pleasant effects are what illicit users often want to get.

As users keep taking the drug, they are more prone to addiction and overdose. This is especially true if they take more than the recommended doses of 18 to 36mg per day. 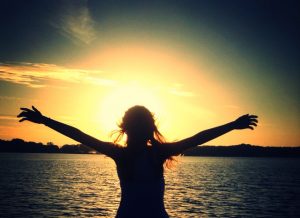 This drug has a number of side effects depending on how long patients have been taking the drug. In the short term, they may experience the following:

If they have been taking the drug for much longer, these additional side effects may show up:

Moreover, when the drug is abused, there are a number of more adverse consequences. These include:

Several signs show up when users overdose on this drug, like these:

When dealing with Concerta overdose, the excess drug must be flushed out of the body immediately

Yes, and there are a number of ways. Right at the onset of overdose, one possible first aid method is to induce vomiting. This would clear out as much of the drug from the stomach as possible. Users could also take some activated charcoal to help filter out the drug molecules from their bodies. They may even need to go through dialysis if the overdose is particularly severe.

In any case, the best thing to do is to go to an emergency room as fast as possible.

Consult a recovery professional right away to know the best routes of treatment. There’s a wide range of Concerta rehab options available, which are usually processes that take time.

The road to recovery may be long, but the extensive programs ensure that patients take back control of their lives fully.