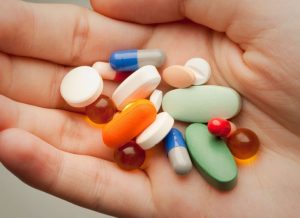 This is a class of drugs prescribed to people suffering from depression. In other cases, it is used to treat conditions like sleep trouble, pain, and agitation. It is also being recommended for adults with ADHD, but it is not an FDA-approved medication for the condition.

These drugs are commercially available under these brand names:

Antidepressants are not known to be addictive. However, they do produce some unpleasant withdrawal symptoms once the medication is stopped. Despite this, they are still available in the illicit drug market. Some of the street names of antidepressants include:

Based on culture, geography, and use:

Based on fictional characters:

If you’re curious about what antidepressants are and what they can do, here are a few facts about them.

These drugs change the amounts of certain brain chemicals involved in controlling mood. They usually regulate one molecule called serotonin, which in effect stabilizes the mood. Because of this, patients with depression would feel uplifted instead of down.

The effects of antidepressants may last up to 8 weeks

For patients who have just been prescribed these drugs, they will feel effects within 2 to 4 weeks. The antidepressant qualities would last for about 6 to 8 weeks after.

It depends on both the kind of drug taken and the length of time of the medication. For patients who have been taking them for a long period, the accumulated drug molecules would take longer to remove from their bodies.

Also, having well-functioning immune systems and healthy lifestyles helps the drugs to be excreted faster.

Generally, these drugs take anywhere between 1 day to 25 days to be removed from the body. It is known, though, that those types that clear the body faster can produce more problematic side effects.

Antidepressants may cause suicidal behavior if too much is taken

A class of antidepressants can trigger high blood pressure 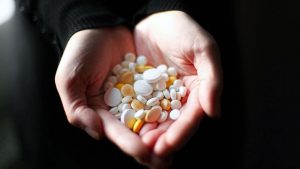 In particular, a class of these drugs known as monoamine oxidase inhibitors (MAOIs) reacts with a substance found in cheese, pickles, and wine. When MAOIs and these foods are taken together, they would trigger a sudden spike in blood pressure.

For patients taking these drugs as prescribed by their doctors, they may also experience a few side effects shortly after. They include:

Antidepressant overdose may interfere with heartbeat

When patients take more than what’s prescribed, this would often be the cause of an overdose. Also, some patients can develop tolerance for these drugs, increasing the risk. When tolerance takes hold, patients must take higher doses than before to get the same effects. If this behavior goes on, overdose could happen.

Some people also use antidepressants just to numb down the adverse effects of other drugs they’re addicted to. This may also lead to overdose later on.

At first, the symptoms of overdosing on these drugs are mild. Over time, though, they get progressively worse. Some of the symptoms are:

The last one in particular can be fatal. So it is best to seek medical attention right away when suffering these symptoms.

There are a few first aid methods for antidepressant overdose

While waiting for medical treatment, these first aid methods can help relieve the symptoms of overdose.

Antidepressants have a wide range of withdrawal symptoms

The greatest dangers of these drugs are the withdrawal symptoms. While they are not addictive, unlike benzodiazepines and opioids, they can still produce unpleasant withdrawal effects similar to addictive drugs.

Withdrawal often happens when patients have been taking high dosage of these drugs then suddenly stop. These are the common signs to watch out for:

To avoid these unpleasant withdrawal symptoms, there is a solution. Doctors would recommend tapering off the dosage of these drugs so that patients take progressively less and less of them until they are completely off the medications. This prevents the withdrawal effects as the body would not abruptly be cut off from the drug.

There are treatments available for antidepressant addiction

Getting addicted to these drugs is rare, but in those cases, there is a wide variety of treatment options available. Antidepressant rehab often involves a step-by-step program, which takes a good deal of time but ensures complete recovery.

This may involve a reward system that encourages patients to develop good habits. In turn, this reduces their drug-seeking behaviors. Also, the treatment may include cognitive-behavioral therapy (CBT), which aims to seek out the root cause of the addiction. CBT also helps patients develop healthy coping mechanisms in place of drug use. Additionally, a support group is often part of the treatment process. This allows patients to have a sense of belonging with others sharing the same struggles.

Consult with a recovery professional to get the best treatment option.