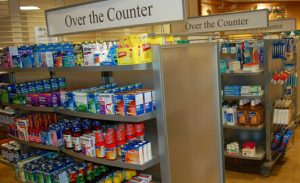 Over the counter drugs can be readily purchased in pharmacies even without prescriptions. Commonly, these are medications used to treat common health issues like fever, colds, cough, pain, allergies, headaches, and many others. The Food and Drug Administration (FDA) is responsible for certifying which drugs can be sold over the counter. Such drugs must both be safe and effective before the FDA approves them.

These drugs are not the same as food supplements, as the former have been the subjects of extensive research and development. Their benefits and risks are studied well enough, and they are made known to those who would need to use these drugs. Even with risks involved, these drugs are still safe as those risks are manageable or they are not adverse.

Here is a set of questions that can be asked to know if a drug is safe enough to be dispensed over the counter:

To understand more about what over the counter drugs are and how to use them safely, here are a few facts.

Back then, most drugs that are commercially available can be bought without prescriptions. There were no regulations for selling drugs, and as a result, dangerous ones were also made available in pharmacies. During this time, anyone can freely buy alcohol, marijuana, cocaine, opium, and many others from their local pharmacies.

For this reason, Congress passed the Food, Drug, and Cosmetics Act in 1938. This law gave the FDA the authority to determine the safety of food, drugs, cosmetics, and medical devices. Also, the FDA conducted studies to assess the effectiveness of drugs that were already available in the market. 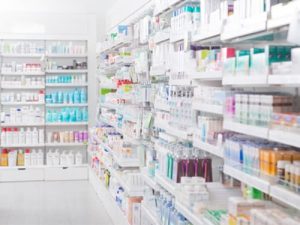 Then, in 1951, the law was altered to give a distinction between prescription drugs and OTC ones. Prescription drugs were defined as those that can be habit-forming, toxic, or unsafe unless with doctors’ orders. Drugs not falling under that category can be sold over the counter.

Though these drugs are generally considered safe, you must also exercise caution when you have to take them. Here are a few tips.

It’s important to get to know the drug well enough. A great start is by reading the label. It gives you a wealth of information, from the conditions it can effectively cure as well as the proper dosage. The label would also give specific instructions for using the drug. Additionally, it provides warnings so you can avoid using it in certain conditions. It tells you if the drug is right for your age and weight as well.

2. Ensure that the drug treats only the symptoms you have

If the label says that a drug treats more symptoms than what you currently have, perhaps it isn’t the best one. For example, if you have a runny nose, it isn’t the best idea to take a drug that relieves headaches, cough, as well as a runny nose. You may think that it’s better because it also treats other symptoms, but it may cause unintended side effects later on.

3. Be aware of what to avoid while taking an OTC drug.

Certain drugs may have adverse reactions with some food or beverages, such as alcohol. Read the label to know what you should not take alongside the drug.

4. When in doubt, ask your doctor.

Often, this is the only way to make sure that the drug you’ll get is truly safe for your case.

Take the drug exactly as the manufacturer recommends. Do not try to modify the dosage yourself, as this how problems with these drugs usually begin.

6. Take extra care when taking more than one OTC drug at a time.

Some of these drugs may react with each other and produce harmful side effects. In some instances, an accidental overdose may be the result.

7. When you are on a prescription drug, tell your doctor first before taking an OTC drug.

This way, you can make sure that the drugs do not have dangerous interactions with each other.

Like food, drugs also have shelf lives. Look carefully at the package if the drug has not expired yet before buying it.

Some OTC drugs are addictive

When you strictly follow the manufacturers’ recommended dosages, these drugs are pretty safe. However, some people would still use them recreationally. The most commonly abused ones are:

· Dextromethorphan (DMX): This is a cough medicine that can also produce a few euphoric effects.
· Pseudoephedrine: This is a common medicine used to relieve colds. However, this ingredient is also used in making illegal drugs like meth, as it can cause an intense “body high”.
· Dimenhydrinate: This drug is used to treat motion sickness, but it also has psychedelic effects.
· Acetaminophen: This is a common OTC painkiller that’s often abused for its relieving effects.

Similar to other drugs, you can develop tolerance to these if taken improperly. Also, you may not think that these drugs are addictive, increasing the potential for abuse. When you are beginning to be addicted, you would show common drug-seeking behaviors, such as:

More so, you may experience withdrawal symptoms when attempting to quit the drug habit. These include mood swings, anxiety, hostility, and confusion.

Addiction to OTC drugs is treatable 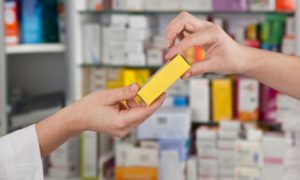 If you know anyone addicted to these drugs, there are a good number of means for recovery. OTC drug rehab options include therapy sessions, mental health counseling, and psychotherapy methods. The treatments can either be in-patient (within a rehab center) or outpatient, depending on the severity of the addiction. All in all, combinations of these treatment options ensure the complete recovery of anyone who is suffering from addiction.