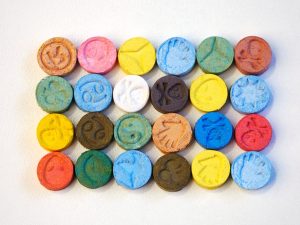 Otherwise known as MDMA, this is another well-known party drug that has a wide user base. It started being popular as a party drug in the 1960s, and many people still use it today. MDMA was originally meant to suppress appetite, but the Drug Enforcement Agency later declared it as a substance with a high potential for abuse.

As a recreational drug, it gives users feelings of elation and extreme moods. Because of such effects, users often refer to it as the “happy pill”. Other street names include E, X, XTC, beans, clarity, candy, and molly.

Despite its euphoric effects, most users do not realize the risks of taking the drug. To understand these dangers, here are some facts about the drug.

The drug can come in liquid, powder, or tablet form. The liquid form, which is known as GHB, is clear, odorless, and salty. Even just a small dose will make a user feel confident and extremely emotional. However, higher doses cause the user to feel sleepy. Because of this effect, one notorious use of GHB is as a “date rape” drug: it is mixed into alcoholic beverages for unsuspecting women to drink. In a while, they would fall unconscious and be more vulnerable to abuse.

Another form of the drug is a crystalline powder, and this is widely known as molly. This form is highly potent and is not taken by itself. The powdered form is either stuffed into a capsule or formed into a tablet.

The third form of the drug is actually the tablet, which comes in different shapes such as oblong, circle, square, and heart. Tablets are also engraved with the labels of the drug labs that manufacture them. In each one, there is an estimated 50 to 150mg of MDMA. Some tablets also combine it with other substances, including methamphetamine and cocaine, which make them extra dangerous.

Ecstasy heightens the emotions of users 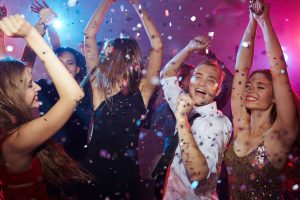 Once ingested, the drug gives users a very sought-after emotional high. Such is why the drug is named “ecstasy”, as it generates a feeling of great happiness. This effect is further enhanced in an environment with loud music, flashing lights, and other things that are stimulating to the senses. This is exactly the kind of setting in most parties, so users take the drug to give them an extra kick of energy.

Knowing these, is ecstasy addictive? Yes, it can be. For users who want to maintain the euphoric high, they would want to keep taking the drug even after the party or concert. Repeated use can then lead to dependence, or worse, overdose.

Because of how the drug affects the nervous system, feelings of empathy are also enhanced in  users. In other words, they seem to be more caring towards others after taking the drug.

Ecstasy tablets are hard to detect by eye

This drug is easy to conceal, which adds to its popularity as a party drug. Molly tablets, for instance, look a lot like common prescription medicines, making them easy to take into clubs, concert grounds, and other crowded places. No one would suspect that such tablets are MDMA at first glance.

In rare cases, Ecstasy is used for psychotherapy

While the drug is technically not approved for medical use, it could be employed to treat psychological conditions such as post-traumatic stress disorder and anxiety. However, this use case is extremely rare as psychiatrists normally do not recommend the drug to their patients at all.

Additionally, a group known as the Multidisciplinary Association for Psychedelic Studies researches the potential of the drug to help quell alcoholism. Their studies include the potential effects of the drug in relieving other illnesses as well.

If the drug needs to be taken, the dosage must be strictly controlled to prevent any harmful side effects. Ideally, 75-80mg of the drug is adequate. In extreme cases, increasing the dose to up to 100mg improves the useful effects while remaining safe.

Overdosing on ecstasy can produce hallucinations and strange sensations 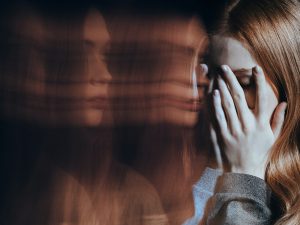 This drug is a hallucinogen, but hallucinations are not produced immediately. Instead, it is a consequence of overdose. This effect is accompanied by a sensation of floating on air as well as a host of irrational behaviors.

Aside from these, drug overdose also puts users at risk of elevated body temperatures, high blood pressure, and in severe cases, brain hemorrhaging and heart attacks.

Most users usually take ecstasy along with other addictive substances

These substances include alcohol, nicotine, marijuana, and others. A lifestyle that constantly exposes a user to these dangerous drugs contributes not only to overdose but a mix of symptoms and damaging behaviors. What makes this doubly risky is that the effects of the different drugs would stack up, making it worse for the user.

Ecstasy withdrawal leads to a variety of emotional issues

Because the drug interferes with brain chemicals involved in triggering emotions, the symptoms of withdrawal tend to be emotional problems as well. Some of the symptoms are depression, fatigue, panic attacks, and even random episodes of hostility towards others. In some cases, users can even lose interest in sex.

Recovering from Ecstasy addiction is possible 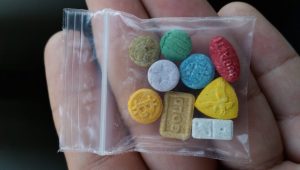 There are a number of ways to recover from addiction. One is through medical detox, which eliminates MDMA and its byproducts from the body. When done properly, medical detox can restore the normal functioning of the user’s body and brain.

During the process, the user may develop withdrawal symptoms as his body adjusts to the lack of the drug. This is normal; however, the user would need all the help he can get as he goes through the detox. For this reason, it’s a good idea to enroll the user into a rehab center; this way, he can get professional help. In fact,  users have much better chances of recovery through a rehab center’s customized treatment plans.

Do you know someone who is suffering from substance addiction? They can still lead a better life. Contact your local rehab center and get your loved one on the road to recovery.