Synthetic marijuana is an artificial version of marijuana, and it has similar active ingredients as well as effects on a user. Both drugs contain the compounds tetrahydrocannabinol (THC) and cannabidiol (CBD), which produce the psychological effects. The drugs make users feel more relaxed and heightens their senses.

The main difference between the natural and the synthetic version of marijuana is that the latter is better at reaching its brain targets than the natural one. Thus, the synthetic drug gives a better feeling of a high but causes more unpleasant side effects like hallucinations and paranoid feelings. Its potency is also higher as it is often combined with other compounds that affect the brain.

Synthetic marijuana has a number of street names. Most commonly, it is known as K2; other names include Black Mamba, Blaze, Fake Weed, Spice, Ninja, Scooby Snax, and Spike.

To know more about what synthetic marijuana is and its harmful effects, here are some facts about it.

1. Synthetic marijuana and natural marijuana look alike, but there are subtle differences 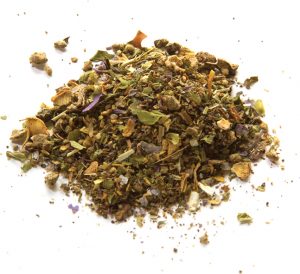 At first glance, natural and synthetic weed look the same. However, if you look at this drug closely, you’ll see a number of differences. For one, it is more finely cut, smoother, and feels sticky compared to normal marijuana. Additionally, it has a distinct odor a bit similar to spices, potpourri, and herbal tobacco.

This drug is also often mixed with plant materials such as tea leaves, dried herbs, and grass. These are rolled into bundles and either packaged in colorful wrapping or stored in vials.

Finally, natural marijuana still has the flower buds from the plant itself. These can’t be seen with the naked eye, but under a microscope, a nub would be visible near the stem.

Many users think that the synthetic and natural versions of the drug produce the same effects. However, nothing could be further from the truth.

While it is true that both kinds produce calming feelings and increased awareness, the synthetic version actually has a number of potentially deadly side effects. Research has shown that users of the synthetic drug are often in chaotic situations and go through life feeling constantly hopeless. Alongside that, though, regular intake also prevents sadness and fear in many users.

3. Synthetic marijuana can be 100 times stronger than natural cannabis

Even a small dose of this artificial drug can be anywhere from two to 100 times more potent than the THC found in natural marijuana. Not only that, but it is often mixed with other compounds that can produce worse side effects. The exact amounts of each ingredient are also indefinite, which further increases the risk of adverse consequences.

For this reason, users never take the drug on its own. Typically, users would smoke it through e-cigarettes. For others, they would mix it into beverages like tea, or take in capsules/tablets of the drug.

5. It takes up to 3 days for synthetic marijuana to completely leave the body

Most of the detectable byproducts remain in the urine for about 72 hours after intake, especially when the drug is smoked. In the blood, it only takes 48 hours for all traces of it to disappear. The same is true for saliva.

6. Synthetic marijuana can have over 140 different ingredients 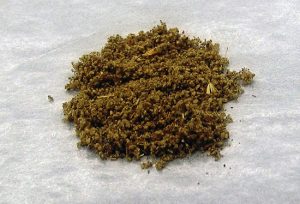 Its main active ingredients are called cannabinoids, which affect various areas of the brain and nervous system. Besides these, drug manufacturers often add extra ingredients to increase the strength of the desired effects. However, drug labs often have no manufacturing standards, so the amounts of each ingredient are not carefully measured.

The bad thing about this is that users are never sure how much of the active ingredients they’re getting, so each dose may produce either stronger or weaker feelings of pleasure. If users persist in taking the drug, they are at high risk of overdose.

When users take too much of the drug, they would exhibit some potentially lethal overdose symptoms such as: 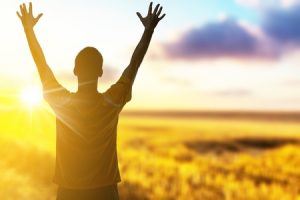 Because of the way the drug interacts with parts of the nervous system that control sensations, users can feel both relaxed and heightened emotions. Moreover, because the cannabinoids in this drug are more concentrated, these feelings are stronger. Users would keep on wanting those emotions, which makes synthetic marijuana highly addictive.

On the other hand, these potent cannabinoids have negative side effects as well. A few of them are:

In the long term, the drug can affect users’ emotional states adversely as well, especially if they discontinue the drug. It produces the following feelings:

When users decide to quit, they would experience symptoms of withdrawal soon after. These include:

9. Synthetic marijuana addiction can be treated

The good news is that users do not immediately get addicted to the drug. If they stop before feeling the peak effects, they can avoid getting addicted. Also, they can take advantage of the fact that the drug leaves the body quickly.

However, traces of the active ingredients do stay in the body, which triggers drug dependence later on if the users take the drug often. With regular consumption, they may soon develop an addiction.

Treating the symptoms of addiction may involve medications, such as Naltrexone and intravenous fluids. The former helps prevent recurrent drug use, while the latter is to help users who have lost their appetites and are suffering from dehydration.

Synthetic marijuana rehab is also accompanied by other methods. One is cognitive behavioral therapy, which helps users to break the habit of taking the drug. Alongside this method are individual counseling and group therapy, which help them feel a sense of unity with other recovering users.

If you or someone you know is facing addiction to this drug, fear not. Seek professional advice and you can help them get back on their feet.