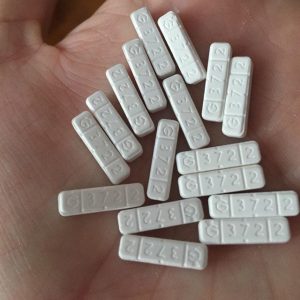 Xanax is a prescription drug under the class of benzodiazepines, and it is often employed to treat panic attacks and anxiety disorders. The generic name of this drug is alprazolam. Like most benzodiazepines, this drug has the qualities of a depressant.

The mode of action of this drug is very similar to other benzodiazepines. The drug molecules seek out sites in the brain called GABA receptors, and once they bind to the latter, triggers a slowdown of activity in the brain. Consequently, this causes the muscles to relax. This action is responsible for producing the relaxing, sedating effects of the drug. These effects are helpful for patients suffering from severe anxiety and panic attacks. Those who have seizures and epilepsy benefit from the sedating effects as well.

There are four doses of the drug available on the market: they are in tablets of 0.25mg, 0.5mg, 1mg, and 2mg alprazolam. The tablets are shaped like ovals, except for the strongest dose which is oblong. The 0.25mg and 2mg tablets are white, while the 0.5mg and 1mg ones are peach and blue, respectively. Each tablet is also imprinted with the drug name and the strength of the dose.

The versions of the drug you can purchase come in the following brand names:

On the other hand, it is also abused as a recreational drug. When used in this way, Xanax goes by the following street names in the black market:

It’s wise to know more about the dangers of this drug, so here are a few interesting facts.

Xanax is much stronger than Valium 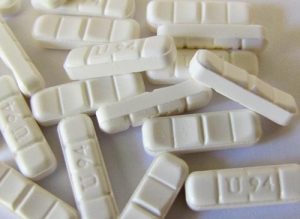 This drug is a lot more potent than even Valium, which is already known to be a powerful tranquilizer. For this reason, the drug is only prescribed for patients who have severe panic attacks and anxiety disorders. It cannot be used for treating anxiety brought about by everyday stress, as the strength of this drug is too high for that purpose.

This drug takes longer than Valium to take effect, though. For Valium, a patient can feel relaxed in as little as 15 minutes. But for this drug, it takes full effect in 16 to 30 minutes.

More so, Xanax is much more addictive than Valium or Halcion, two fellow benzodiazepines. Also, its withdrawal symptoms are far more severe. Even patients who take the drug legitimately may end up suffering from dependence and withdrawal symptoms.

Detectable traces of Xanax can stay for up to a week

If you’re wondering how long the drug is detectable in drug tests, take note of these numbers. In the blood, traces of the drug persist for up to 6 days. In the urine, it is still detectable after 5 to 7 days. In the saliva, its life is shorter, only lasting for 2.5 days.

In the bloodstream, the half-life of the drug is anywhere between 6 to 27 hours, but on average it’s 12 hours. That means that 12 hours after ingesting, for example, a 0.5mg tablet, only 0.25mg of the drug will remain in the patient’s blood.

When used recreationally, Xanax is often combined with other substances

The drug, on its own, does not produce a euphoric feeling that satisfies recreational users. For this reason, they would usually take the drug along with more sedatives, alcohol, and other illegal substances. This cocktail intensifies the high, and it’s exactly what users crave. But this practice also leads to disastrous consequences, as the side effects of the different substances stack up.

Because the drug is a sedative, in addition to making patients feel calm and relaxed, it also can make them drowsy. They may also feel fatigued after taking it. In addition, the drug has a host of other short-term side effects, such as:

Xanax can slow down breathing

One of the long-term side effects of this drug is known as respiratory depression. In other words, it can slow down the rate of breathing. If this issue is not addressed, it could be fatal.

The drug has a host of other long-term effects, including:

Xanax is a DEA-controlled drug

The Drug Enforcement Administration (DEA) classifies this drug as a Schedule IV substance. This is the second-to-the-last rating in terms of how addictive a drug is; Schedule V represents the least addictive ones. Despite that, this drug remains potentially addictive and must be used carefully.

The maximum safe dose of Xanax is 4mg per day

If a patient takes more than this, he may soon experience the following overdose symptoms:

If the patient does not seek medical help right away, sudden death is also possible.

Patients who were prescribed Xanax can still experience withdrawal symptoms

Even at the range of safe doses, the drug can still produce withdrawal when patients stop taking it. Recreational users, though, may have worse manifestations of withdrawal. 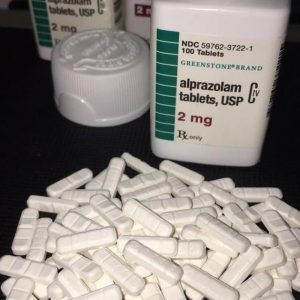 If you or a loved one is addicted to Xanax, there’s no need to despair. There are various possible treatment routes, and most of them involve a step-by-step process to aid recovery.

At first, Xanax rehab professionals may give medications to counteract the effects of the drug. Also, flushing out its traces from the body is important. Then, the rehab workers may implement a reward system, which incentivizes users when they manage to stay off the drug. Other therapies and recovery groups are likewise helpful, as they encourage the user to adopt new, healthy habits.

Once the drug-seeking behavior stops, former addicts can then live peaceful, productive lives back in society.