Marijuana is a common illegal drug made from the plant Cannabis sativa. The drug can be derived from the plant’s stems, flowers, and seeds. Its active ingredient, known as tetrahydrocannabinol (THC), produces its psychological effects. It affects the regions of the brain involved in processing memory, coordination, and cognitive skills.

Aside from THC, the drug also contains compounds called cannabidiols (CBD). These do not affect the mind as negatively as THC, and they are sometimes used medicinally.

Being a highly popular drug, marijuana goes by a number of street names such as 420, Astroturf, Mary Jane, Joint, and Weed. There are even a number of pop songs with the drug as their main theme.

Would you like to know more about what marijuana is and its effects? Read on for more facts about it.

The plant’s leaves are green and have a herbal texture. When crushed, they look no different than herbs and spices typically used for cooking. For that reason, the drug is sometimes mixed with kitchen herbs to conceal it. 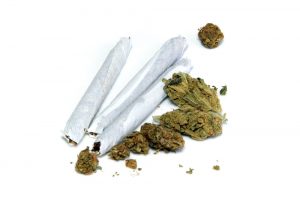 The most common use of the drug is through specially-crafted cigarettes. These are made from dried buds that are rolled by hand into small cigarettes. In some cases, they may also be combined with tobacco. In this form, the drug is called a joint.

Other users would take ordinary cigars, cut them open, and replace the tobacco with the drug. This one is called a blunt. Alternatively, users may also prefer tobacco pipes.

Another way of smoking this drug is through water pipes that have long tubes dipped into a bowl containing it. A user would inhale the smoke through the pipes.

3. Marijuana can be infused into food and drinks 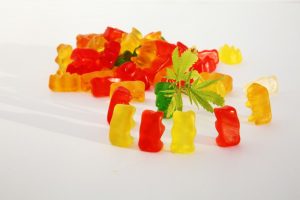 Food and beverages laced with the drug are known as Cannabis edibles. It can easily be integrated into baked goods, commonly brownies or cookies. It can also be mixed into tea. Even fried foods can be drugged with it through oil and butter.

The danger in Cannabis edibles is that users cannot know for sure how much THC is in them. Thus, there is a very high risk of overdose, especially since the drug’s effects only show up 45 minutes to 3 hours after eating.

4. There is such a thing as medical marijuana 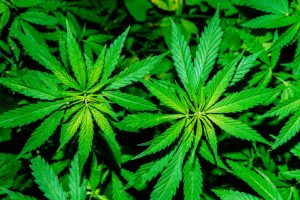 These forms use another species of the plant known as Cannabis indica. It contains both CBD and a slightly different form of THC called delta-9-THC. These do not produce addictive effects when the doses are carefully controlled.

Medical versions of this drug have been shown to relieve a range of symptoms for various mental illnesses, including anxiety, obsessive-compulsive disorder, and post-traumatic stress disorder. A 2013 survey published in the New England Journal of Medicine also found out that 8 out of 10 doctors recommend this drug to their patients. In particular, elderly patients discovered that it effectively reduced discomforts caused by cancer, arthritis, nerve damage, and migraines.

However, clinical trials of the drug have not been completed yet. Therefore, there is still not enough evidence that it can really help treat some illnesses. Also, the FDA has not approved the drug yet.

Additionally, it has some negative side effects. For example, some patients complained about having panic attacks after taking the drug. Thus, patients must still consult with their doctors before taking this drug.

5. Modern marijuana is more potent now than in the past

These days, the drug contains 15% more of the active ingredient THC than the versions made three decades ago. Extracts that are used in food are even stronger by up to 90%. Thus, their effects on the body and brain are a lot more pronounced and varied.

Also, if the drug is indoor-made, it is two to three times more potent than imported variants.

6. The active ingredient of marijuana (THC) can stay in the body for more than a month

Usually, traces of THC stay in a user’s bloodstream anywhere from 12 to 48 hours after taking weed. If the user takes it more often, THC is detectable even after 25 days. But in the urine, THC remains for much longer: in heavy users, the active ingredient of weed persists for more than 30 days. As for the saliva, traces of THC stay for up to 29 days.

7. Marijuana is famous for its pleasurable and pain-killing effects

Illicit recreational use of this drug is widespread because of the profuse feelings of pleasure that it produces. It also numbs the user’s sensations, acting as a painkiller.

Aside from these, the drug has a number of other side effects, which include:

8. Chronic use of marijuana is harmful

For frequent users, marijuana is certainly addictive. It also has a handful of harmful long-term consequences, such as:

Therefore, this drug is dangerous, especially when users become dependent on it. It only seems harmless at first, but using the drug will quickly develop into a bad habit. Later on, users would prioritize taking the drug over their other regular activities.

9. Marijuana addiction can be treated

Remedies exist for addictions to this drug. Often, users in marijuana rehab are guided into new hobbies and more social interaction. Developing these new habits is crucial in curbing the addiction.

Most recovery programs start with detoxification, which clears the drug away from the body. The detox process is supervised by professionals and can take 8 to 10 weeks. During this phase, users may experience withdrawal symptoms like dry mouths, slurred speech, and increased vital signs, but these are normal. Rehab professionals will help them get through the process.

If you know someone who is suffering from this addiction, there is hope for them. Get professional help and start them on the road to recovery.