Adderall is a prescription drug classified as a stimulant. It is often used for treating attention deficit hyperactivity disorder (ADHD) and narcolepsy, which is a condition that makes people overly drowsy in the daytime. The active components of this drug are amphetamine and dextroamphetamine.

Commercially-available forms of this drug are sold as either tablets or capsules. The tablets come in the following strengths:

The capsules are “extended-release” variants, meaning the drug is sent to the body in gradual amounts over time. This mechanism makes its effects last longer. These extended-release capsules have an “XR” label on them, and they come in the following strengths:

If you’d like to know more about what Adderall is and what it is capable of, here are more facts about this stimulant.

The stimulant effects are because of how the drug molecules interact with the brain. Once there, they act as if they are neurotransmitters, improving the signals between the brain and the body. This stimulates the nervous system, and as a result, the body feels more alive and active.

Adderall is as strong as meth

This drug is almost as potent as the illicit drug meth, having a high probability of abuse. It’s even made of similar ingredients as meth, and on the molecular level, there is not much difference between the two drugs. When abused, the effects are also quite similar for both.

As Adderall is an addictive drug, it can be found in the black market. It goes by these street names:

These names do not refer to the same variant, but different formulations of the drug. And being illicit forms, the amounts of the active ingredients can vary.

The Drug Enforcement Administration (DEA) labels this stimulant as a Schedule II controlled substance, which means it is very likely to be abused. It’s even abused more than meth, as this drug is more readily available in the market and not as strictly regulated.

Patients who are prescribed with this drug may also inadvertently become abuse victims. That’s why it’s important to carefully discuss one’s situation with a doctor first. That way, the doctor can prescribe dosages and strengths that will not lead to abuse.

Adderall can be detected in the body 3 days after intake 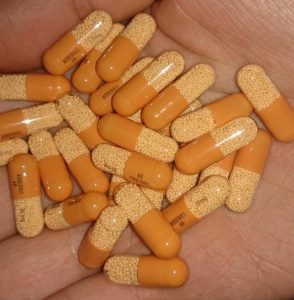 One of the drug’s main ingredients is dextroamphetamine. It has a half-life in the body of 10 hours, which means that if a patient took 10mg of the drug, only 5mg will remain in his blood after 10 hours. His body will then eliminate the remaining amount within 3 days.

Also, before a patient decides to take a drug test, it’s essential to know for how long the drug is detectable in his body. Here are the time frames when it starts being detectable:

Adderall can become addictive even when used legitimately

If the drug is used recreationally, then addiction will surely take hold. Also, patients who were prescribed the drug legitimately may also get addicted if they take a higher dosage. This can happen if they notice that the effects are not as strong anymore. In turn, they increase the dose on their own.

While taking a higher dose is not bad in itself, it must only be done with doctors’ advice. Not following doctors’ orders will only increase the risk of drug dependence and addiction.

Adderall can elevate the heartbeat and cause heart attacks

This drug has a number of side effects, both in the short term and long term. The short-term effects show up just after taking the drug, and these are:

If this drug is taken for a longer period, these extra side effects may occur:

This drug may actually make things worse if patients have existing illnesses. For example, some studies have shown that the drug aggravates the condition of those with psychosis. Also, young people who use this drug may find their growth stunted. Moreover, there are reports of sudden deaths among patients with heart problems who used this drug.

People with these conditions should also avoid taking this stimulant:

Additionally, patients who have taken medications with monoamine oxidase inhibitors (MAOI) in the last 14 days must not take this drug.

Adderall has different safe doses for adults and children

Usually, this drug is prescribed to help people diagnosed with ADHD. Both children and adults can take it. For children aged 6 years and above, doctors would prescribe 10mg per day at first.

The dose could then be increased by 5 to 10mg weekly, but only up to a maximum of 30mg per day. This is the highest dosage that is safe for children.

For adults, the initial dosage could be at 20mg per day.

If patients take too much of this drug, they are likely to suffer overdose. Symptoms include:

For any case of overdose, call for medical help right away.

People addicted to Adderall can get help

There is a range of Adderall rehab options that can be considered. The first step in many of these recovery programs is a process called detox, which aims to flush out all traces of the drug from the body. After this, patients would undergo psychological therapies to help them build healthy habits. Group therapy sessions would also be helpful, as it gives patients a sense that they are not alone in their battles to overcome the addiction.

All in all, these interventions would let patients lead normal lives yet again.