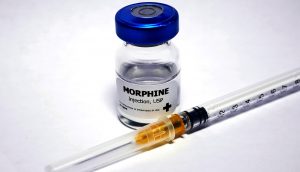 Morphine is a common pain-relieving drug classified as an opioid. This substance is naturally occurring in the opium poppy plant, hence the name “opioid”. This drug has been in use for a long time, and it has been consistently developed and modified, making it the “gold standard” painkiller. It is quite abundant and the most widely used opioid drug.

It is often prescribed after surgery, as a painkiller for serious injuries, or for severe pain due to cancer or heart attack.
Similar to other opioids, this drug works by binding to opioid receptors in the brain. Once bound, the perception of pain is blocked, leading to instant relief. Also, the drug triggers the release of extra dopamine into the brain, which produces a relaxing, euphoric feeling.

Commercially available formulations of the drug are marketed under the following brand names:

Because of its ability to produce a euphoric high, this drug is also often used illicitly. In the black market, morphine goes by a number of street names:

To know more about what morphine is and its addictive properties, here are a few facts about it.

Morphine is a fast-acting drug 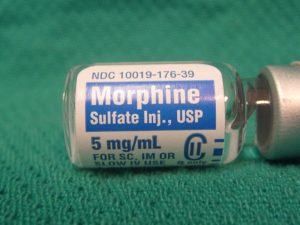 Most formulations of the drug are designed to be fast-acting. This means that it is able to relieve pain quickly from the time it’s taken. But because of the rapid action, the pain-killing effect wears off after a short time.

Due to this kind of action the drug has, users can get addicted to it pretty easily. If they keep taking the drug to get the feeling of relief, tolerance would develop before they know it.

There are slow-acting versions of morphine

Aside from the common fast-acting formulations, the drug also has forms that are slow-acting. In other words, the drug molecules are slowly distributed into the body over the course of a day. Consequently, patients would not feel pain relief right away, but the effects will last longer.

Morphine can interfere with breathing

Just like most opioids, this drug has a handful of harmful side effects. These include difficulty breathing, which can prove fatal if it isn’t addressed promptly. Other side effects include:

These symptoms can show up shortly after taking the drug. Once they appear, patients must seek medical attention as quickly as possible.

Morphine may cause allergic reactions

This does not happen a lot of the time, but in rare cases, patients may develop serious allergic reactions to the drug. Red, itchy, swollen rashes on the skin are the most common signs. The skin may also be blistered and peeling away. Other manifestations include:

These allergic reactions are not just annoying. In some cases, they may also be fatal. Thus, immediate medical attention is needed for these cases too.

Morphine addiction can happen even when the drug is used legitimately 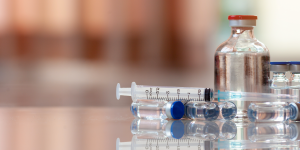 Even when the drug is prescribed for its intended purpose, patients can suffer from dependence later on. When used for a long period, patients may develop a tolerance for it. As a result, they may seek higher doses of the drug to get the effects they need. If they increase their dosages without consulting their doctors first, addiction may begin.

The cycle of tolerance and increasing the dose will cause patients to become dependent on the drug. In time, they will become addicted to it, although inadvertently.

Once patients are addicted, they would show signs of drug-seeking behavior. For example, they may go “doctor shopping” to get extra prescriptions of the drug when they run out. Also, they may go to the hospital presenting with fake injuries to get more of the drug.

In the worst case, they may take to the black market and obtain illegal versions of the drug. But because of its high price on the streets, they may instead turn to heroin, a cheaper opioid. Overall, these behaviors will spiral him further down into addiction.

When users attempt to stop taking the drug, they would experience the following withdrawal symptoms: 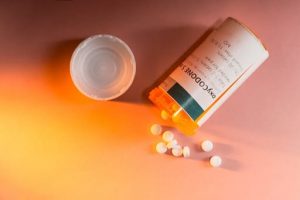 The symptoms and severity are variable, depending on how long they were on the drug and how high their dosages were. Longer use and higher doses would produce symptoms that feel worse.

There are a number of treatment options for morphine addiction

Addiction to this drug can be treated in a variety of ways. A handful of morphine rehab methods are available, which usually involve detox procedures. The detox process can be medically-assisted, which would require users to be admitted to a rehab center, or it could be non-medical, where users have to visit the center only a few times per week.

Detox is also coupled with psychotherapy. This way, both the physical and mental aspects of the addiction are addressed. Rehab options that target the root cause of the addiction are the most helpful, as users would be guided on how to build healthier habits. Eventually, they will overcome the drug-seeking behavior and take back control of their lives.