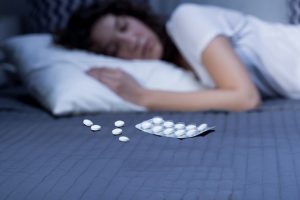 OTC sleeping pills are a kind of sedative-hypnotic drug, which are used to trigger calm and relaxing feelings. These drugs have the goal of helping people get to sleep. And because they are available over the counter, a doctor’s prescription is not needed when buying them.

These pills are marketed under different brand names, which include:

Most of these come in the form of either tablets or capsules. They have different colors as well as imprints and other identifying marks. Usually, the brand names and strengths are imprinted on the capsule or tablet. Some also have unique perforations on the surface.

OTC sleeping pills also tend to be addictive, and some people do abuse them. In the illicit drug market, they are known by the following street names:

Would you like to know more about what over the counter sleeping pills are and what they do? Here are some facts about them.

Over the counter sleeping pills use antihistamines to produce sleepiness

The active ingredient in these pills are antihistamines, which attach to histamine receptors in the brain. When the antihistamine molecules block histamine from binding to the receptors, this causes the feeling of drowsiness. Some variants also employ acetaminophen, which is a kind of pain reliever, to enhance the relaxing effect.

Over the counter sleeping pills also have other uses 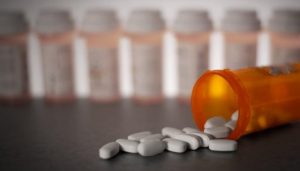 Two kinds of these drugs, known as diphenhydramine and doxylamine, are not mainly used for treating sleep disorders. Diphenhydramine is an allergy medication often used to treat runny nose, watery eyes, rashes, itching, and sneezing. But because of the drowsing side effect of the antihistamine, the drug is also used as a sleeping pill.

Doxylamine, on the other hand, is used for treating allergies in the upper respiratory tract. But in some cases, it is also used for helping with insomnia.

Other pills of this kind contain melatonin, which is a natural molecule that controls the body’s sleep and wakefulness cycle. Another type is known as Valerian, which is derived from the root of an herb. It is both used to treat problems with sleep as well as to relieve anxiety and stress.

Over the counter sleeping pills slow down the brain

Similar to prescription sleeping pills, these drugs slow down the activity of brain cells. In turn, this action causes muscle relaxation and drowsiness. And because brain activity is decreased, patients tend to be clumsier and less alert. Additionally, these drugs may slow down their breathing.

Other short-term side effects of the drugs include:

When these drugs are taken for a longer time, these additional side effects may occur: 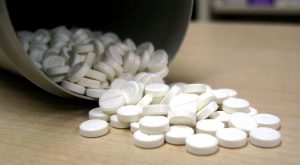 The Drug Enforcement Administration (DEA) classifies them as Schedule IV controlled substances. This means that they are less prone to abuse as other substances like cocaine or heroin, which are under Schedule I. But these pills still have the potential to be addictive, so they must be taken carefully.

The greater risk in these drugs lies in the tendency for patients to quickly develop tolerance for them. As tolerance builds, they need to take ever higher doses to get the same effects. If this continues, they will soon become drug dependent.

Another danger is that these drugs have known adverse interactions with other substances. When patients are on other medications, they must inform their doctors before taking these drugs.

It depends on which drug was taken, as well as which part of the body. In the blood, traces of these drugs stay for 1 to 6 days on average. In the urine, they persist for 5 to 7 days. In the saliva, they only stay for up to 3 days.

Tolerance to over the counter sleeping pills may escalate into addiction 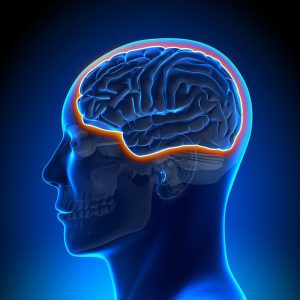 Usually, addiction to these medications begins when patients develop tolerance. Then, they will seek higher doses of the drugs to get the same effect as when they first took them. As this behavior persists, they will soon become dependent on the drug.

At this point, they will have lots of difficulties stopping their drug habits. The cravings for the drugs will also overpower their desire to take care of other responsibilities. Pretty soon, most of their time and money will be spent on the drugs. Their relationships with family and friends would soon be seriously affected too.

These medications became dangerous because of their availability and the tendency to develop tolerance quickly. Depending on the kind of drug taken and the dosage, health effects could be serious. And though they are less addictive than illegal drugs and other substances, the chances of becoming dependent on these drugs are still high.

If patients have become dependent on the drug, they would then be vulnerable to overdose. This may lead to symptoms such as:

If they do not receive immediate medical attention, these symptoms may turn fatal.

Those addicted to over the counter sleeping pills can get treatment

There are a good number of over the counter sleeping pill rehab options that patients can undergo. Often, the programs are done step-by-step, and they take some time. But these carefully-designed recovery programs ensure that patients can get back to normal life after completing the treatment.

If you know someone who has become addicted to these drugs, talk to a rehab professional right away.