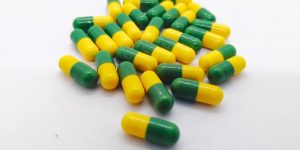 Tramadol belongs to a class of drugs known as opioids, and it is mostly used to treat moderate to severe pain. Usually, it is prescribed as a pain reliever after surgery or for an injury. Other times, the drug is prescribed along with other medications as part of combination therapy.

This drug is a synthetic opioid, which means it is created entirely in the lab. It is not extracted from compounds that can be naturally found in the opium poppy plant, unlike natural opioids. However, the drug is designed to act in the same way as natural opioids.

Drugs like these work by attaching to opioid receptors in the brain and in the spinal cord. In turn, the drug molecules block pain signals from the body. At the same time, the drug floods the brain with dopamine, a molecule that causes feelings of euphoria. In addition, this drug also stops the action of two other brain chemicals called norepinephrine and serotonin. This action enhances the relief from pain.

Because this drug has the ability to create extremely pleasant, euphoric feelings, it is also often misused as a recreational drug. Like other opioids, tramadol has addictive properties and can be bought on the streets.

If you’d like to know more about what Tramadol is and its effects, here are a few facts about this drug.

Tramadol can either be immediate-release or extended-release variants

In the market, this drug comes in the form of either tablets or capsules. There are also two types: immediate-release and extended-release. The tablets come in both types, but the capsules are only extended-release variants. They range in doses from 50mg to 300mg.

The immediate-release variants are for quick relief from pain. These variants are fast-acting but their effects last for a short time only. In contrast, the extended-release forms distribute the drug to the patient’s body slowly over time. In turn, this provides continuous, long-term pain relief. Doctors would prescribe either one depending on the patient’s needs.
When this drug is bought in pharmacies, it comes in the following brand names:

Tramadol is much weaker than morphine 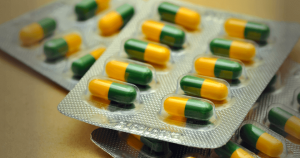 Compared to morphine, this drug is 4 to 10 times weaker. In practical terms, this means that patients would need to take about 40-100mg of this drug to get the same effect as taking 10mg of oral morphine.

As to how long the drug stays in the body, it has a half-life of 6 hours. In other words, if patients take 10mg of the drug, only 5mg will remain in their bloodstream after 6 hours.

While the active ingredient of the drug does not produce many adverse effects, the tablets and capsules have other ingredients that may trigger allergic reactions in some people. These include:

For this reason, patients must tell their doctors of any allergies they have before taking this drug. Also, the doctors need to know the patient’s medical history first, as this drug is also known to trigger severe conditions.

One of these is known as QT prolongation, which affects the natural rhythm of the heart. It may lead to an unusually fast or irregular heartbeat, as well as other symptoms like fainting and dizziness.

Elderly people must be careful when taking Tramadol

Although seniors can still take the drug, the risk of developing complications is much higher. The elderly commonly have weaker livers and kidneys, as well as slower metabolisms. Their bodies cannot process the drug as fast as other people, so they are more prone to its side effects. Taking this drug along with other medications they already have may damage their kidneys and livers.

Also, elders tend to have more sensitive digestive tracts, so they are also more vulnerable to constipation and the like.

Tramadol use is risky for pregnant women 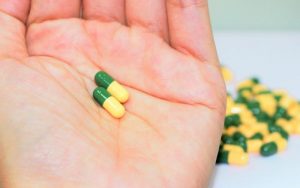 There are a number of risks for pregnant women taking this drug. For one, the withdrawal symptoms would affect the baby as well as the mother. The effects on the child may even be much worse.

Also, for breastfeeding mothers, this drug is not recommended. The drug molecules may be passed through the breastmilk, putting infants at risk.

Tramadol shares side effects with other opioids

The short-term side effects of this drug are very similar to those of other opioids. These are:

For this reason, doctors are cautious when prescribing this drug, especially because some patients are more likely to develop these side effects than others. Usually, doctors would recommend a small dosage at first, then gradually increase it. This lessens the chances of patients developing side effects as they begin to take the drug.

In rare cases, the drug may also trigger more serious side effects. One of them is addiction, which may lead to overdose and death. This may happen even at normal doses if patients do not strictly follow their doctors’ orders.

One severe side effect that this drug shares with other opioids is called respiratory depression. In other words, the drug could cause slower breathing. If this is not treated promptly enough, it may be fatal. Also, for this reason, the drug should not be used by people with asthma or breathing problems.

Tramadol addiction begins due to tolerance 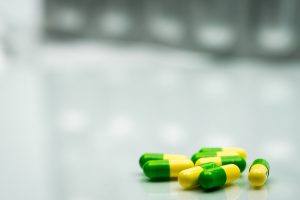 There are treatments for Tramadol addiction

If you know people who are addicted to this drug, Tramadol rehab and support groups are available to help them out. Users do not have to take the road to recovery alone. When they share their struggles with others, they can help each other out to lead better lives as well.