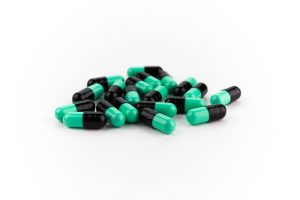 Librium belongs to a class of drugs known as benzodiazepines, which has relaxing and sedating effects on the body. It mainly affects the central nervous system. The drug was first manufactured by the pharmaceutical company Roche, and is now a common treatment for anxiety and some mental disorders. It is also used to treat alcohol withdrawal symptoms.

Commercially-available formulations of the drug come in capsule form, and there are three doses. These are 5mg, 10mg, and 25mg. Brand names of the drug include:

However, the drug is also being used recreationally. Drug dealers and users refer to Librium with the following street names:

Each of these are different street formulations of the drug, with various additional ingredients mixed in as well. And because users often do not know for sure what ingredients are in them or how much of the drug is there, these street versions are quite dangerous.

To understand more of the dangers behind this drug, have a look at some interesting facts about it.

Librium depresses the brain and body

The drug’s relaxing effects are because of the way it interacts with the nervous system. Once taken, the drug molecules tell the cells of the central nervous system to produce more GABA, which is a substance that slows down activity in the nerves. In turn, the body becomes sedated, relieving feelings of stress and restlessness.

Because of this calming effect, the drug is often used for treating anxiety, alcohol withdrawal symptoms, and epilepsy.

A side effect of Librium is loss of coordination 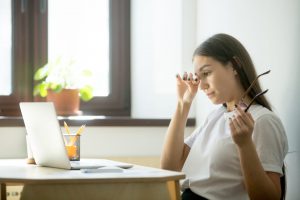 Medically known as ataxia, this is a condition that causes users of the drug to lose control of their muscles and related functions like balance and posture. Because the drug is a depressant, taking it can sometimes lead to this condition. Aside from it, other minor side effects include occasional confusion and drowsiness.

When the drug is abused, more serious side effects may be felt, including skin diseases, a reduction in sex drive, liver malfunction, jaundice, low platelet counts. The drug may also interfere with brain waves, and in some cases, it may cause problems with breathing.

In some cases, though, these severe side effects may be experienced by patients using the drug legitimately. For this benzodiazepine to work effectively, it must be taken continuously for about 4 months, so some patients who are more sensitive may feel more of the side effects.

Librium is not too addictive, yet it still is abused

Most users do not take the drug by itself. Rather, they often combine it with substances like alcohol, other sedatives, and opiates like heroin and cocaine. Taking them together with the drug enhances the soothing effects, which is what users seek.

In addition, the drug is so prone to abuse because it is available in nearly every drugstore. So, it isn’t as hard to get as other illegal drugs.

In some cases, patients may develop a tolerance to the drug. When that happens, they would need a bigger dose to get the required effects. Progressively increasing the dose may then lead to an addiction. Later on, they may overdose on the drug inadvertently.

Long-term use of Librium may lead to dementia 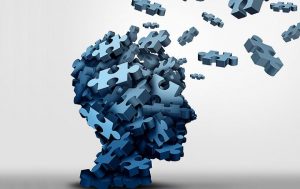 The main mode of action of the drug is promoting the release of GABA, which slows down the activity of nerve cells in the brain. In the long run, this will adversely affect memory and other brain functions. Eventually, the condition may devolve into dementia.

The drug may also cause a host of other psychological issues, including apathy, suicidal tendencies, irritability, depression, and loss of focus. Long-term users could also experience seizures and frequent headaches.

Not following the doctor’s prescription will easily cause Librium overdose

As this drug can cause a handful of adverse side effects, doctors carefully control the dosages they prescribe. Some patients, however, do not comply with their doctors’ orders and take more than the prescribed doses. They do this to get faster and stronger feelings of calmness.

But this should never be done, as it will lead to overdose. Once a patient has taken too much of the drug, he would experience symptoms such as:

When the drug is taken with other addictive substances like alcohol, extra symptoms may be present aside from the ones above.

If you or anyone you know is suffering from these overdose symptoms, apply the following treatments right away:

If the symptoms are still present, take the patient to the hospital right away. There, medical professionals can monitor his vital signs and administer fluids if necessary.

Because of this, quitting the drug often feels like an insurmountable task. What’s more, these symptoms often persist for a week. In some cases, though, the withdrawal does not let up until a few months later.

Here are some of those symptoms of withdrawal from the drug:

If you or a loved one is addicted to this drug, do not despair; there is hope for them. Librium rehab often comprises medications as well as psychological therapies, so it’s best to talk to a professional to discuss treatment options. Therapies would also depend if the addiction is mild, moderate, or severe.

The treatment process is best done step-by-step to ensure complete recovery. It would take a while, but the user would later on be in control of his life again.