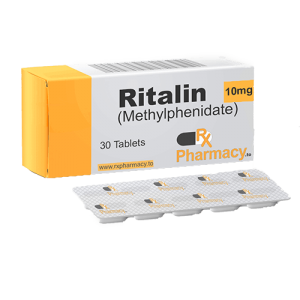 Ritalin is a stimulant that acts on the central nervous system (CNS). It’s often prescribed to people with attention-deficit hyperactivity disorder (ADHD), as well as those with narcolepsy. The latter is a condition that gives people a hard time maintaining wakefulness.

The drug has the generic name methylphenidate hydrochloride. Those found in pharmacies come in round tablets of 5mg, 10mg, and 20mg strengths. The 5mg and 20mg tablets are yellow, while the 10mg ones are green. There is also an SR variant, which stands for “sustained release”.

Ritalin also has the potential to be addictive because of the euphoric feelings it produces. As an illicit drug, it’s known in the black market through the following street names:

If you’d like to know more about what Ritalin is and what it can do, here are some interesting facts about the drug.

The active ingredient of the drug targets the CNS, where it ramps up the production of two brain chemicals called dopamine and norepinephrine. This mode of action is almost the same as that of Dexedrine. In effect, patients become more mentally alert and physically active. This effect is much like how an adrenaline rush feels. They would also show physical signs, such as:

The stimulant’s main effects make the drug an effective treatment for both ADHD and narcolepsy. In patients with ADHD, the drug stabilizes their brain function and behavior. For those with narcolepsy, the drug prevents them from feeling sleepy nearly all the time. 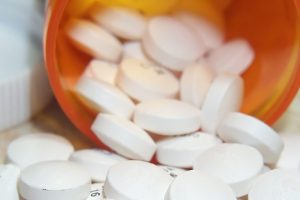 Both this drug and cocaine produce similar effects as both drugs increase the levels of dopamine in the brain. But this drug needs a higher dose to create those effects. Also, cocaine can cause spikes in dopamine levels just seconds after intake. This drug, though, takes an hour to do the same.

For these reasons, cocaine is clearly more addictive than this stimulant. But because this drug can also produce similar effects, it is considered addictive as well.

Ritalin can stay for up to 2 days in the body

Before taking a drug test, it’s a good idea to know how long traces of the drug remain in the body. In the blood, the drug stays on for 12 hours. In the urine and saliva, drug traces persist for up to 2 days.

After those periods, drug tests can no longer detect the substance adequately.

Patients may crave the effects of Ritalin, leading to addiction

The drug has a side effect of creating feelings of euphoria, which is what many people seek. Even patients who are taking these drugs on prescription may crave this effect. To get more of it, they may take extra doses. Later on, tolerance would build, and they would need higher doses to get the same effects as when they first took the drug. If this behavior persists, they would soon become dependent on the drug, fueling an addiction.

Ritalin has serious side effects when abused

When this drug is abused, a user would experience a lot of adverse effects both in the short term and the long term. Here are some of them.

Additionally, when patients take high doses of this drug continuously, more serious conditions would develop, such as:

In some cases, sudden death may be the result.

Overdose can happen when Ritalin is used recreationally or legitimately

If patients take much higher doses than what their doctors prescribe, overdose may happen soon enough. But most cases of overdose of this drug occur in illicit users who snort or inject the drug. It is not designed to be taken in those ways.

When users overdose on this drug, they will experience these symptoms:

There are first aid methods for Ritalin overdose 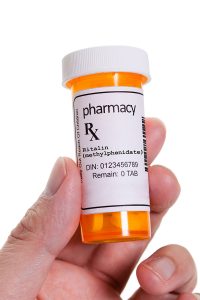 First of all, users have to be protected against self-inflicted harm. In some cases, that might mean they have to be restrained. Once they are calm enough, flushing out what’s inside their stomachs is the next step. This way, excess drugs will be out of their systems as fast as possible. To help with this, the patient may also take activated charcoal, which absorbs the substance in the body.

If there is too much of the drug in their bodies, they may need to go through dialysis in the hospital.

Ritalin addiction can be treated

For people addicted to this stimulant, recovery is possible. Several Ritalin rehab options exist, and most of them are step-by-step programs designed to help the patient recover completely.

Often, rehab methods include the management of withdrawal. When attempting to quit drug use, most patients would be bothered by these symptoms:

But with professional help, these withdrawal symptoms can be managed and minimized.

Also, rehab may involve a reward system, which gives incentives to patients when they avoid the drug. This method encourages them to develop healthy habits as well, which further curbs drug-related behaviors. Cognitive-behavioral therapy is another standard treatment, and this aims to find out the root cause of the addiction and address it. Lastly, patients may also be enrolled in a recovery group, which is a community of people sharing the same struggles with addiction.

All in all, these methods combined ensure that they take control of their lives fully. Recovery may take months but is worth it in the end.