Oxycodone is a drug commonly prescribed for relieving moderate to severe pain. It is under a class of drugs known as opioids, which includes morphine and codeine. Opioids are popular painkillers, and they work by slowing down nerve impulses traveling from the brain to the body. As a consequence, feelings of pain are blocked. The drug’s active ingredient is a modified version of thebaine, a compound naturally found in the opium poppy plant. 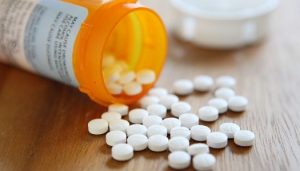 The immediate-release forms of the drug are fast-acting, which means a patient would feel the effects right away after intake. On the other hand, the extended-release variants act more slowly, but the effects last longer.

In pharmacies, this drug is marketed under a number of brand names, including: 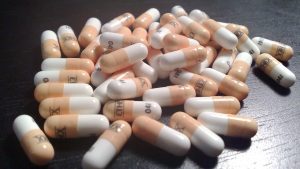 A few other pain relievers like Percocet, Percodan, and Tylox also contain small amounts of this drug along with other compounds like aspirin.

As with many other opioids, this drug has a side effect of causing euphoric feelings. As the drug molecules bind to the opioid receptors in the brain, a flood of dopamine is released, producing a wave of calmness throughout the body. For this reason, the drug has a high tendency to be abused.

Oxycodone in the black market are called by the following street names:

To know more about what oxycodone is and the harmful consequences of this drug, here are some known facts about it.

Oxycodone has the same potency as morphine

The potency ratio of this drug compared to orally-taken morphine is 1.0. In other words, it has the same strength. So, if patients take 1mg of the drug, they would get the same effect as taking 1mg of morphine.

Because of its strength, the Drug Enforcement Administration (DEA) classifies the drug as a Schedule II controlled substance. To put this into perspective, drugs classified under Schedule I are the most addictive, while those under Schedule V are the least. With that, we can say that oxycodone is a highly addictive drug.

Oxycodone can be detected in the body 4 days from intake

Detectable traces of the drug can stay for up to 4 days in the urine and saliva. In the blood, though, it only persists for one day at most.

Also, the drug has a short half-life in the blood. It takes 4.5 hours for the body to process half the ingested amount. In practical terms, if patients took 2mg of the drug, only 1mg will remain in their blood after 4 hours and 30 minutes.

Common side effects of this drug are dizziness and drowsiness. These often appear along with nausea, vomiting, constipation, and lightheadedness. These can occur even when taking the drug as prescribed, so patients must inform their doctors immediately if the symptoms get worse.

To avoid feeling dizzy and lightheaded, it is advised to stand up slowly when coming from a position of sitting down or lying down. For preventing constipation, exercising, eating lots of dietary fiber, and drinking enough water are helpful. In some cases, patients may need to take a laxative to help with bowel movement.

Oxycodone can cause problems with breathing in the long term 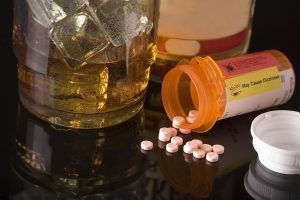 Some side effects of this drug can prove life-threatening if they persist. The most common of these are breathing problems, which include slow and very shallow breathing. These could lead to confusion, dizziness, and fainting. Other times, the drug could also trigger seizures and decrease blood pressure.

People who keep using the drug long-term are prone to develop a dependence on it. At first, tolerance will take hold, requiring them to take higher and higher doses of the drug to get the same effects as when they first took it. As tolerance builds, they will soon be dependent on the drug, and addiction follows. At this point, they have become so used to the drug’s effects that they could no longer live without it.

Oxycodone can be addictive even when prescribed

If the drug is used strictly following a doctor’s recommended dosage, the risk for addiction is less. However, some patients would adjust their doses on their own once they notice the effects getting weaker. This is dangerous, and it is what often leads to unintentional addictions.

To avoid this situation, patients should always seek the advice of their doctors first before changing their dosages.

Oxycodone and alcohol are a dangerous mix

When alcohol is taken with this drug, the latter lowers users’ sensitivity to alcohol. In other words, they would be able to drink more alcohol than their bodies can handle. This can quickly lead to alcohol overdose.

Additionally, both substances are depressants, so their effects on the body would be compounded if they are taken together.

If users do not seek medical attention, these symptoms could prove fatal.

As this drug has depressant properties, it can also stop muscles from working properly. If users overdose on the drug, one of the signs is the loss of muscle control. Their lungs may be affected too, which can cause difficulty breathing and chest pains. They must immediately seek medical help; otherwise, the breathing problems could be deadly.

Oxycodone addiction can be treated

If you or someone you know is suffering an addiction to this drug, help is available. There are a good number of treatment options. Oxycodone rehab programs often begin with medically-supervised detox, which aims to flush out all traces of the drug from the user’s body. Afterward, he would then undergo psychological interventions.

It will take some time, but former addicts can lead normal lives once again after rehab.