Klonopin, also known, as Clonazepam, is a benzodiazepine drug that is used to treat anxiety and panic disorders. It is also one of the commonly abused benzos. Here are 7 vital facts about this drug. 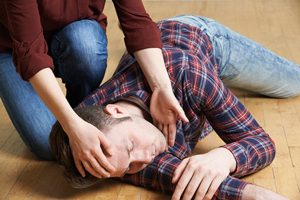 During the 1950s, barbiturates were commonly prescribed to treat anxiety and other mental health problems. However, it was proven to be highly addictive to patients. Later on, benzodiazepines were introduced as drug substitutes for barbiturates since it’s less addictive.

Chlordiazepoxide (Librium), the first benzodiazepine to market in 1956, was accidentally discovered by Leo Sternbach. It was available for patient use during the 60s and was followed by the production of Valium three years later. It was in 1964 when clonazepam was branded as Klonopin, and it was used primarily throughout the 70s and 80s as a treatment for epileptic seizures.

2. Clonazepam is an effective medicine for panic disorders 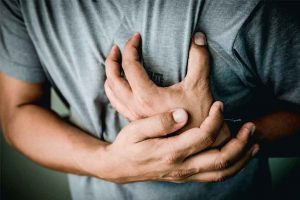 Clonazepam affects chemicals in the human brain that can become unbalanced thus causing anxiety. It is used to treat panic disorder or seizure disorders. The drug works by minimizing abnormal electrical activity in the patient’s brain.

Clonazepam is sometimes used for refractory epilepsies; though the long-term treatment of epilepsy has known limitations, the most typical ones being the loss of antiepileptic effects caused by tolerance. This makes the drug useless with long-term treatment, and side effects like sedation, which is why clonazepam should only be prescribed for the acute management of epilepsies.

3. Clonazepam is known by some street names 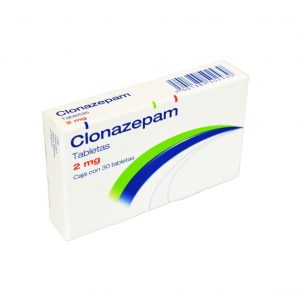 Street names are used by drug dealers to avoid seeming too obvious. It is good to know these slang terms so you can help your family or friends determine the drug their loved one uses. The most popular street name for clonazepam is KPin. These are the other slang terms used to refer to clonazepam:

These are just a few of the various names used to refer to Klonopin. From time to time, old names become obsolete as new ones are invented.  It is important that people, especially the authorities, know the latest terms used in the streets.

4. How Clonazepam works on our brain

This prescription drug works on our central nervous system, specifically on the GABA receptor site. It’s in this receptor site wherein the production of the GABA neurotransmitter is stimulated thus slowing down the nerve activity of our brain. The calming action helps to cure and prevent panic attacks and seizures.

5. Combining clonazepam with other substances can result in a fatal overdose

Polydrug use is popular among clonazepam users hoping to amplify or mask the drug’s effects. Some people take stimulants like cocaine to counteract the sedative effects of clonazepam. Other people may take alcohol to further enhance clonazepam’s relaxing effects, whether it’s to get a better high or to induce sleep.

Combining clonazepam with other substances can result in a fatal overdose. The combination of clonazepam and alcohol can slow down your central nervous system to the point where your breathing stops.

Signs of a clonazepam overdose include:

When a person abuses clonazepam, they will struggle with overall alertness and body function. After some time using clonazepam, there is a risk of experiencing paradoxical reactions. The reactions are the opposite effect of what a drug is supposed to be doing. In this case, an individual could experience agitation, anxiety, irritability, and poor sleep. Long term abuse of Klonopin can also cause panic attacks and depression.

When people who are dependent on clonazepam stop using it they may experience withdrawal symptoms. The common symptoms of stopping use of  the drug without undergoing a withdrawal management program include:

Medical attention should be immediately provided to a person who experiences seizures or tremors. If not, these seizures may lead to critical consequences.

There are several factors that affect the length and severity of withdrawal symptoms.

7. There are effective treatment options for Klonopin addiction

Abuse of this drug is treatable. Treatment must be done step-by-step for complete recovery. Consult a medical personnel for a comprehensive guide on how to recover from clonazepam dependence.

The following are some of the medications used in treating substance addiction: