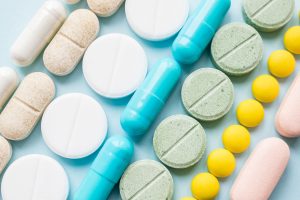 An opioid is a kind of drug that is made from substances that are found in the opium poppy plant. Some drugs are derived from naturally-occurring compounds in the plant, while others are synthetic versions modified by chemists in the lab.
These drugs target certain parts of the brain called opioid receptors, which are involved in the perception of pain. Once the drug molecules bind to the receptors, pain signals are blocked, providing relief quickly. For this reason, these drugs are often employed to treat moderate to severe pain. They are usually prescribed after injuries, surgeries, or dental work.

Additionally, the drug also causes a molecule called dopamine to flood the brain, resulting in pleasant euphoric feelings. For this reason, prescription opioids become addictive, and this has led to the opioid crisis in the United States. If you’re wondering what prescription opioids can do and why they have caused a crisis, read on for a couple of facts about these drugs.

Currently, there is an epidemic of widespread opioid abuse in the US. This issue began in the 1990s when pharmaceutical companies pushed strongly for the use of opioids as pain relievers. The companies claimed that these drugs are not addictive to patients. As a result, doctors prescribed them more and more.

But very few people knew of the drugs’ addictive potential. As a consequence, these drugs have become prone to misuse and abuse.

Current statistics show that 11.4 million people are misusing these prescription drugs. Also, about 130 deaths are reported each day involving opioid overdoses. In 2016, 42,000 people died due to this. Of those deaths, an estimated 40% were because of prescription opioids.

Currently, there are 11 prescription opioids in use 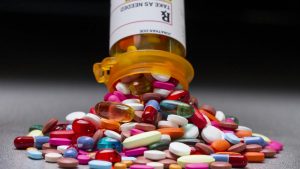 Some doctors still prescribe them, although they are tightly regulated nowadays. The Drug Enforcement Administration (DEA) has taken the initiative to classify these drugs as controlled substances to minimize their abuse.

Here are the generic names and brand names (in parentheses) of these drugs.

These drugs are addictive because of their action of releasing dopamine into the brain. Dopamine is a molecule involved in producing pleasurable emotions, so if there are lots of it in the brain, a person would feel a wave of calmness and an intense high. These effects are much like those seen with illegal drugs. But since these opioids are not illegal, they tend to be misused more easily.

In the case of these drugs, addictions may develop even when the drugs are used for their actual purposes. Often, the addiction process begins when patients take higher doses than what their doctors prescribed. According to some who do this, they do it because the drug’s effects on them have become weaker. Adjusting the dose themselves, though, is a risky thing to do as they will develop a tolerance for it. A dose should only be adjusted with doctors’ orders. 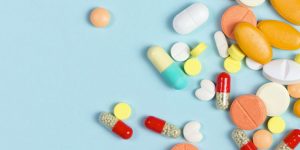 Once tolerance takes hold, patients would need to take even higher amounts of the drugs to get the level of pain relief they need. As this vicious cycle continues, they will soon become dependent on the drugs. Their normal habits would be disrupted, and they could no longer live life normally.

In other cases, people would take the drugs in unconventional ways. Some would crush tablets, open capsules, and snort the powder. Some would even dissolve the powder and inject it directly into their bloodstream.

Once people are addicted, they would exhibit a variety of drug-seeking behaviors. For instance, they may consult different doctors and present fake symptoms to get extra prescriptions. Most of their money would soon be used to buy more of the drugs. Once the prescriptions run out, they may also seek out the drugs illegally. This is even more dangerous, as street versions of these opioids are often mixed with other addictive substances.

Prescription opioids have lots of harmful side effects

Even when taken as legitimate pain relievers, these drugs can also cause the following side effects:

These side effects are worse when patients have previous histories of substance abuse. Also, older individuals (65 and above), those with mental health conditions, pregnant women, and people with sleep apnea are highly likely to have more unpleasant side effects.

Prescription opioids may have adverse reactions with other drugs 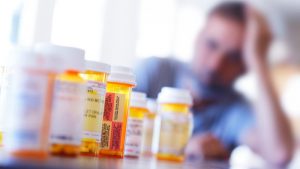 These drugs should not be taken along with benzodiazepines, muscle relaxants, hypnotics, or other opioids. For this reason, patients must always inform their doctors of any other medications they are taking before these drugs are prescribed. Also, patients taking opioids must avoid drinking alcohol. It can interfere with the drugs and cause a range of harmful side effects.

Addiction to prescription opioids would soon lead to overdose

Overdosing on these drugs comes with a number of harmful consequences, and some of them can be deadly. These include:

The most fatal symptom occurs when users stop breathing. If not addressed soon enough, it would lead to a quick death.
To save the lives of those who overdosed on these drugs, they must be rushed to a hospital right away. But while waiting for medical attention, Naloxone may be administered as first aid. Naloxone restores the users’ breathing, but only temporarily.

Prescription opioid addiction can be treated

The first step in prescription opioid rehab is medically-assisted detox, which flushes the drugs out of the body. Then, patients may be given medications as well as psychological therapies. All in all, these would gradually allow them to take control of their lives once again.