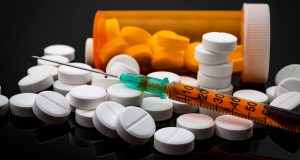 Synthetic opioids are artificial versions of compounds derived from the opium poppy plant. All of them are entirely made in the lab, but they are designed with chemical structures similar to naturally-derived opioids like morphine and codeine. But these synthetic ones are more powerful than the natural counterparts.

As with natural opioids, the synthetic versions also target opioid receptors in the brain. This action blocks pain signals, providing fast relief. But it also has a consequence of flooding the brain with dopamine, which is a molecule that produces intense feelings of pleasure. As a result, people who take this drug would also feel relaxed and sleepy. For this reason, synthetic opioids are addictive as well. Street versions are also sold in the black market and abused as recreational drugs.

A lot of synthetic versions of opioids exist today, which include:

If you are curious about what synthetic opioids are capable of, here’s a number of facts about the drugs.

Some synthetic opioids are 100 times stronger than morphine 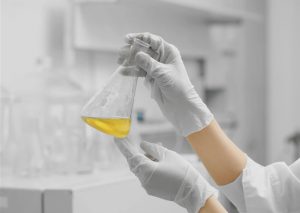 Usually, these drugs are a lot more potent than naturally-occurring opioids. Most of them are up to 50 times more potent than heroin and up to 100 times more powerful than morphine. With that, these drugs are prescribed only in small doses. Also, because they are so potent, it is much easier to get those pleasurable side effects. As such, they have a much higher tendency to be abused. Also, accidentally overdosing on them is much easier.

Synthetic opioids have side effects similar to naturally-occurring opioids

The side effects of both the natural and synthetic variants of these drugs are nearly the same. These include:

Based on statistics, 28,000 people have died from overdosing on these drugs in the US in 2017. Data from a year before that also revealed that 50% of opioid-related deaths were linked to these synthetic versions. Also, most of these deaths were caused by black market formulations of fentanyl.

Users who take these drugs illicitly often take them with other opioids as well, making the potential side effects more dangerous. This is especially true as users do not know how potent and how concentrated the drugs are. As a result, the risks of dependence, addiction, and overdose are much higher.

Illicit users of these opioids also have more unique ways of taking them. They can take the drugs sublingually (under the tongue), through nose sprays, by smoking, or by injecting them directly into their bloodstream. The effects are pretty much the same no matter what method is used, but how intense and how fast they occur can vary.

Synthetic opioids are made in the black market as “counterfeit” opioids 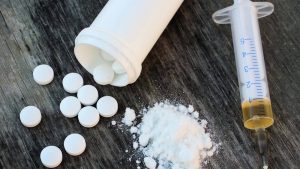 For example, fentanyl can be sold on the streets as “fake” versions of oxycodone or hydrocodone. As these synthetic ones are a lot more powerful than the naturally-occurring counterparts, they produce the desired effects much sooner. The effects are also stronger compared to those given by the natural opioids.

Also, to make these drugs cheaper and stronger, black market manufacturers normally mix them with heroin or cocaine. These make for more powerful side effects.

Fentanyl, in particular, has a number of variants. One of them is called Carfentanil, which is known to be 10,000 times more powerful than morphine. It is even used to tranquilize large animals like elephants. Carfentanil and other similar variants are also difficult to detect, making them easier to carry around.

When fentanyl or carfentanil is mixed with heroin or cocaine, the risk of fatal overdose is particularly high, even in people with high levels of tolerance for opioids. For example, in Cleveland, nearly 90% of heroin cases involved fentanyl, according to reports from the medical examiner’s office.

In addition, these drugs have also been the cause of the so-called second wave of the opioid crisis. As drug traffickers began to peddle fentanyl and other similar drugs as counterfeit painkillers, more and more people have suffered from overdose. Those who buy them do not know that the drugs are more powerful and fast-acting than the legitimate ones.

Synthetic opioids, when taken with alcohol, have stronger side effects

Similar to naturally-occurring opioids, mixing these synthetic ones with alcohol may intensify the side effects. Because opioids have sedating effects as well, combining them with alcohol could cause coma, respiratory failure, and even death.

Synthetic opioids can slow down breathing

A typical indicator of opioid overdose is drastically slow breathing. This can turn fatal when breathing stops, and it does happen in some cases. 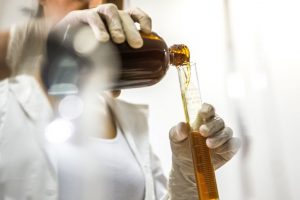 Because of the deadly overdose symptoms, medical attention must be called right away. There is also a first aid that can be applied – Naloxone – that comes in the form of a nose spray. It blocks opioid molecules from reaching the opioid receptors, which stops the effects of the drugs. That way, users who have overdosed can be revived quickly. More than one dose may be needed to revive them though.

Those addicted to synthetic opioids can recover

Recovery is very possible for people suffering from an addiction to these drugs. The first step is usually a medically-assisted detox program. Professional assistance is essential in synthetic opioid rehab since the withdrawal symptoms are quite painful. With rehab workers by their side, though, they can better manage withdrawal and make the symptoms less unpleasant. Doctors may also prescribe medications to help users stop their drug habits.

After the detox program, users may still need to receive more treatment in an inpatient rehab center. Through this, long-term recovery can be ensured and relapses would be prevented. Some centers even do detox right within their facilities, so the transition is easier.