Sex addiction happens when people have intense, compulsive sexual behaviors. In other words, they cannot help but think about sex, and they can’t limit their sexual urges. Other names for this disorder include:

This behavioral disorder is quite damaging in many aspects of life, from the physical down to the social. If you’d like to know more about what sex addiction does to people, here are some facts about it.

There are different kinds of sex addiction

This disorder comes in different forms, which are:

In the US alone, this condition is a growing problem. Here are some of the data: 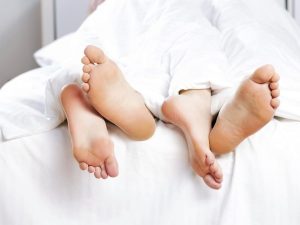 There is no single cause that drives this addiction. A lot of factors are at play, and all of them contribute to the development of the condition.

A chemical imbalance in the brain is one. Specifically, having low levels of two brain chemicals – oxytocin and dopamine – may lead to compulsive sexual behavior. As a result, people crave sex more often to gain pleasure. Also, they may want sexual activity to be more intense.

Excess amounts of androgen hormones also increase sexual cravings. This applies to both men and women.

Victims of physical, emotional, and sexual abuse are also more likely to develop this addiction. For these people, sexual pleasure is their way of coping with pain and trauma.

Additionally, being part of a broken family contributes a lot to this addiction. If children do not receive adequate love and care from their parents, they may turn to sexual pleasure to gain affection when they grow up. If left unchecked, they may become addicted to sex.

People who are constantly exposed to pornographic content, as well as friends who are into sex, would also have higher chances of spiraling into this addiction.

Likewise, people who like to isolate themselves are more vulnerable to this addiction. They may turn to pornography or unhealthy sexual behavior to feel less alone.

At first, the early signs of a developing addiction could be less noticeable. However, as time goes by, people suffering from this addiction would soon show the following signs:

If they realize their addiction, often it’s extremely difficult for them to stop the bad habits on their own. It’s much like substance addiction, where the withdrawal symptoms would prompt users to take drugs again. In effect, the addiction becomes worse.

Sex addiction affects all aspects of life, including other people

People who have this addiction affect not only themselves. They also cause harm to their partners and the people around them as well. For example, they can spread sexually transmitted diseases (STDs) to their partners. These diseases include: 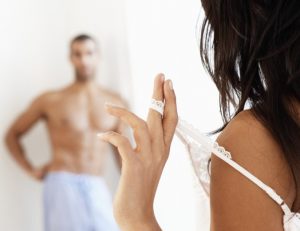 Married people who have this addiction experience a lot of tension in their relationships with their spouses. Later on, this may even lead to divorce. Moreover, parents with this addiction tend to be ineffective role models for their children.

Those addicted to sex also tend to isolate themselves. They prefer to hide because of the shame and guilt they feel. This behavior would also cause them to become more self-centered, and trust issues may arise.

People with this addiction could even get depression, anxiety, or worse, suicidal behavior later on. Moreover, they become more vulnerable to extra addictions like alcoholism, compulsive gambling, and excessive eating. These stacked-up side effects would then make them unable to take care of their responsibilities in life.

There are treatments available for sex addiction

If people are aware of their addiction but cannot quit, there are professional treatment options they can get. Sex addiction rehab methods vary, and professionals may opt to combine more than one for the best results.

One common route is individual therapy, where counselors talk to patients one-on-one. The aim of this is to make the addicts aware of what they are suffering from, as well as finding solutions.

Another popular treatment is called group therapy, where patients would enroll in support groups like Sex Addicts Anonymous. Here, they get to have conversations with other people who have the same problems. Talking among themselves helps them learn from each other’s experiences. Also, they get a sense of community – that they’re in this fight together.

Rehab professionals may also recommend cognitive-behavioral therapy. In this method, therapists seek out the patients’ negative thoughts and behaviors and try to replace them with positive ones. Patients are also guided to figure out effective solutions for their negative behaviors.

Since this addiction affects married people, another type of treatment is known as couple therapy. Here, the goal is to fortify the relationship between patients and their respective spouses.

There is also a method called motivational interviewing. Here, therapists help patients find internal motivation to change their behaviors. This is helpful, as patients would have the desire to change from within themselves.