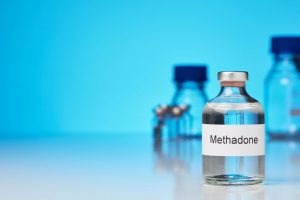 Methadone is a prescription drug often employed as medication for moderate to severe pain. It is classified as an opioid, and these kinds of drugs include other narcotic pain relievers like morphine and codeine. A common brand name for this drug is Dolophine.

The drug was originally made in World War II by German doctors. Eventually, it made its way to the United States as a treatment for extreme pain.

It is also used as a treatment against addictions to other opioids, particularly heroin. However, this drug itself is narcotic, which means patients may get addicted to it too. In fact, some people use methadone illicitly, giving them street names like:

To better understand what methadone is and why it’s harmful, here is a list of things you need to know about it.

Methadone is often used to treat addictions to other opioid drugs

Treating an opioid addiction with another opioid might be a ridiculous idea, kind of like fighting fire with fire. But in reality, this drug is indeed used in medication-assisted treatments to counter opioid addictions. For one, it can prevent unpleasant withdrawal symptoms. Also, the drug cancels out the effects of other opioids, making it more valuable in the recovery process. In turn, it effectively reduces opioid cravings in users.

Methadone has four times the strength of morphine 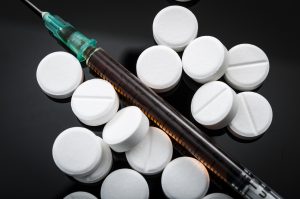 Similar to other opioids, this drug binds to opioid receptors in the brain, blocking pain signals and providing relief. At the same time, this floods your brain with dopamine, which is a brain chemical responsible for making you feel good. In turn, you would feel calm and euphoric. This effect is what makes methadone addictive as well.

What makes the drug risky is its potency: It is four times more potent than morphine. To illustrate this, let’s say users want an effect similar to 10mg of morphine. They only need to take 2.5mg of this drug to get that result. In other words, because this drug is stronger, the chances of abusing it are higher.

Methadone stays in the body for up to two weeks

Although it doesn’t stay for long in the bloodstream, the drug may remain in the urine two weeks from when it was taken. In the saliva and the blood, traces of the drug can still be found after two days.

Compared to other opioids, this drug has a longer half-life of 24 hours. This means that after a day, only half of the ingested amount remains in the body’s circulation. So, if users took 5mg of the drug today, 2.5mg would still be in their systems tomorrow.

Methadone also has side effects when used in addiction recovery

Just because the drug is used to treat opioid addictions does not mean it’s completely harmless. In fact, it also has similar side effects as other opioids. One of them is called respiratory depression (in other words, slowing down of breathing), which can prove fatal if not addressed quickly.

Side effects vary per person, and it often depends on factors like dosage, weight, underlying health conditions, and the presence of other drugs. If they take alcohol or sedatives along with this opioid, respiratory depression may be a lot worse.
When used in rehab, users may experience side effects when the dosage is not right. These include:

When used outside of addiction recovery, the drug can also produce these side effects: 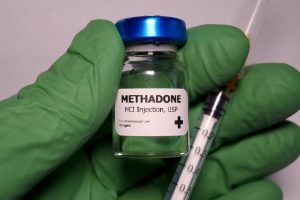 As this drug has similar effects with other narcotics, there is potential for patients to get addicted to it. In fact, when used in heroin recovery, patients who take this opioid may find themselves addicted to it later on when they are not supervised by a professional.

It’s also easier for patients to abuse this drug because it is not as tightly regulated as other drugs. This usually happens when they develop tolerance for the drug, leading them to take larger doses to get the same effects as when they first took it. Over time, this behavior could lead to overdose if not monitored properly.

Because of these risks, the drug must only be taken with a doctor’s prescription. Additionally, patients must be stringent in following the prescribed dosage.

In 2006, a total of 5,420 overdose deaths involving the drug were reported. These numbers are also linked to an increase in its usage as a pain reliever.

When users overdose, they would experience the following symptoms:

Because of the life-threatening nature of these symptoms, it is best to call 911 right away.

There are various treatment options for methadone addiction

Recovering from an addiction to this drug may be hard, but it is possible. It is not recommended for users to try to quit on their own, as they may not be able to manage the withdrawal symptoms alone. For this reason, methadone rehab is usually facilitated by trained recovery professionals.

Recovery programs are usually medically-assisted to rid users’ bodies of the drug. Typically, they are weaned out of the drug gradually in a process called tapering. Here, the dose is slowly reduced until it becomes zero. Withdrawal is also carefully managed so users can stay the course towards being drug-free.

Afterward, psychotherapy and other mental health interventions are performed. This prevents relapse and helps recovering users build healthy habits. Soon enough, they will be able to lead a normal life again.

If you or a loved one is suffering from addiction to this drug, talk to an addiction recovery professional. That is the first step to getting back control of life.