Hydrocodone is a painkiller that is under the class of drugs known as opioids. It is used to treat moderate to moderately severe pain. Also, it is often used in tandem with another painkiller called acetaminophen. The latter, however, is non-narcotic, but hydrocodone is narcotic and has addictive properties.

Aside from treating pain, the drug is often used as cough medicine. It has similar effects to codeine, which is another opioid used to suppress cough as well.

This drug is the most widely prescribed opioid drug in the United States. As such, there are lots of different variants under the following brand names:
· Vicodin
· Norco
· Lortab
· Zohydro

Vicodin, Norco, and Lortab are combined with acetaminophen, while Zohydro is pure hydrocodone. The latter is not as prescribed as the rest because the added acetaminophen is thought to reduce the tendency for abuse.

When used illicitly, hydrocodone comes in a variety of street names, including:

To learn more about what hydrocodone is and why it’s dangerous, here are some facts about how it works. 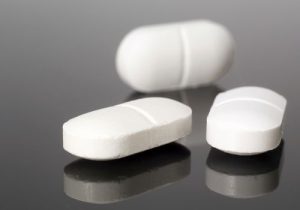 The drug functions similarly to other opioids: it binds to opioid receptors in the brain to suppress pain, while simultaneously releasing a flurry of dopamine. The latter is known as a brain chemical that gives pleasurable feelings, so the flood of dopamine sends users into euphoria.

This is what makes the drug addictive. As users keep taking the drug, their bodies become tolerant to its effects. As they seek more of the high, they would take progressively higher dosages, leading to drug dependence.

Hydrocodone is not as powerful as other opioids

This drug is much weaker than other opioids. Thus, the doses needed to produce waves of pleasure are higher. With that, a user may overdose on the drug without even noticing it.

Hydrocodone stays in the body for up to four days

The drug has a short half-life of only 4 hours in the bloodstream. In practical terms, that means half the amount users take will be out of their systems after 4 hours. For example, if they took 10mg at 9 am, only 5mg will remain in their blood by 1 pm.
Traces of the drug settle for the longest time in the urine, where they can still be detected 4 days after intake. In the saliva, the drug can stay anywhere from 12 to 36 hours.

Hydrocodone is the most abused opioid drug in the United States

According to the US Drug Enforcement Administration (DEA), aside from being the most commonly prescribed opioid in the country, it is also the most abused. Because it is a prescription drug, many people think that it’s safer than illegal drugs sold on the streets. But this is not true, as the drug is addictive just like other narcotics.

Here are a few more statistics from related agencies:

· Based on data from the Drug Abuse Warning Network (DAWN), over 82,000 emergency room cases in 2011 involved abuse of this opioid.
· According to the American Association of Poison Control Centers, 29,000 cases of exposure to this drug and 36 deaths were reported in 2012.
· 2013 data from the National Survey on Drug Use and Health (NSDUH) shows that 4 million Americans aged above 12 reported using the opioid for non-medical applications.
· A 2014 survey from Monitoring the Future (MTF) discovered that about 6% of high school seniors had used the drug without a prescription.

Hydrocodone has some depressant side effects 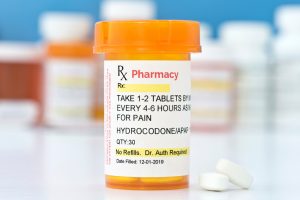 Along with its pain-relieving ability, the drug also has side effects that make it act like a depressant. These include slowing down breathing and heartbeat. In turn, these may lead to a host of other problems like cardiac arrest, bowel obstruction, urination problems, and many others. The drug may also cause severe allergic reactions, resulting in rashes, hives, swelling, and itching.

When legitimately prescribed by a doctor, this drug can also trigger these side effects, just like other opioids. But as patients take gradually lower doses, the side effects would also go away.

If patients take this drug for a long time, they may become tolerant to it. That means they have to take higher doses for it to be as effective as before. And because of its potency, patients may develop tolerance quickly. In some cases, even a few doses already produce tolerance.

This opioid also triggers a number of long-term side effects, including liver damage and hearing loss.

Many opioids, including this one, are considered habit-forming drugs. They produce a pattern of behaviors that disturb users’ normal routines. It could start out by deliberately not following the doctor’s instructions when taking the drug. They may take doses larger than what their doctors recommended. Later on, when the prescription is over, they could seek out ways of getting the drug without a prescription. Alternatively, they may go to the hospital and present with a fake injury to get an additional prescription.

Cravings for the drug would soon replace the desire to fulfill responsibilities. When this happens, relationships would suffer and their lives may further spiral out of control.

Once users are addicted, the drug becomes their escape from reality. They will often withdraw from people and isolate themselves, which is a common sign of drug addiction. They would also spend a big chunk of their money on the drug, which would later land them in financial trouble.

Hydrocodone addiction can be treated 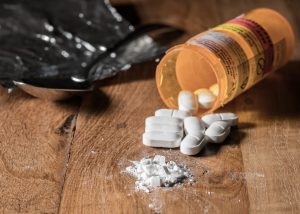 If you, a friend, or a loved one is suffering from addiction to this drug, there is still much hope for recovery. A good number of hydrocodone rehab options are available, and most of them start off with a detox process. This would slowly wean users off the drug, but it does produce painful withdrawal symptoms. But with professional help, these symptoms can be managed and the painful effects minimized.

Talk to an addiction recovery professional to discuss the best treatment options.