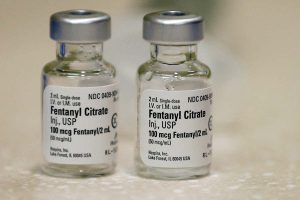 Fentanyl is a drug belonging to a class of substances known as opioids, and it is commonly used as a painkiller. It was first created in 1959 by Paul Janssen, a doctor from Belgium. Later, in 1968, it was approved for medical applications in the United States. Just like other opioids, it is derived from the opium poppy plant, but because it’s synthetic, it’s much stronger than other opioids.

Aside from the drug’s potent ability to relieve pain, Fentanyl also has addictive potential. In fact, it is used illicitly as a recreational drug. It is considered as one of the deadliest illegal drugs in the United States owing to its strength. It’s known to be a lot more powerful than heroin, morphine, and other opioids. Variants of the drug in lethal doses first appeared in the United States in 2007.

As an illegal drug, Fentanyl has a number of street names, including:

When sold as a legitimate drug, it is marketed under the following brand names:

Here are a few other facts about what Fentanyl is and its effects.

Fentanyl is the most potent opioid drug available 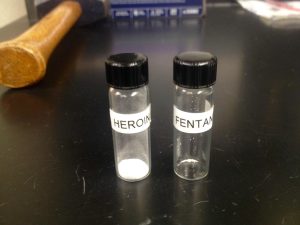 Originally, the drug was designed to be an anesthetic. However, because of how effective it is in blocking pain – even in very small doses – doctors began using it as a painkiller.

Currently, it is usually employed as a medication for severe pain. Doctors prescribe it for patients who have just undergone surgery, those who are battling cancer, or those experiencing sudden intense pain. However, due to the risks associated with the drug, it is only prescribed for patients who are already tolerant to other opioid pain relievers.

Fentanyl is cheap and accessible, making it prone to abuse

Because it is relatively cheap, readily available, and already potent in small amounts, it is very attractive to illicit users. Aside from being far more powerful, it is also a lot easier to smuggle than other narcotic drugs. Some drug dealers would even combine it with heroin and cocaine for some added pleasurable effects.

Fentanyl acts much more quickly than other opioids

Like other related substances, this drug targets the opioid receptors in the brain. Once the drug molecules bind to those receptors, feelings of euphoria and pain relief are produced.

But unlike other opioids, the chemical structure of this drug allows it to reach the receptors nearly instantly. As a comparison, morphine and heroin take some time to be fully bound to the receptors. Fentanyl, though, binds much more rapidly than both of them.

This ability makes the drug quite potent, and this is why it is quite addictive.

Fentanyl can stay inside the body for up to 4 days

Despite the drug being fast-acting, traces of it remain in the body fluids for up to 4 days. In the blood, though, it only stays for a maximum of 12 hours. The drug stays in the urine for much longer – up to 24 hours. Remnants of the drug stay in the saliva for the longest time, which is around 1 to 4 days. 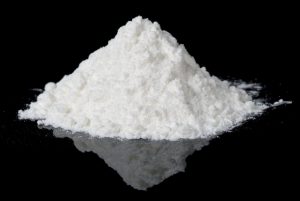 The drug is not a painkiller that is prescribed right away to just anyone. Instead, it is like a “last resort” drug for patients who have become tolerant to milder opioids like oxycodone or hydrocodone.

Therefore, people who develop addictions to this drug are likely already dependent on other opioids. Due to the tolerance, though, they could no longer experience the pleasurable high from the weaker opioids. Thus, when they are prescribed with fentanyl, they get that high again, fueling the addiction.

For this reason, overdosing on the drug is quite easy. Users who are unaware of their dosages may find themselves suffering from these overdose symptoms:

The drug’s effects on breathing and heartbeat are the most dangerous. It can even cause breathing to stop, which can cause death quickly.

Anyone experiencing these symptoms of overdose must get to an ER right away. If someone you are living with seems to exhibit these, don’t hesitate to call 911.

It’s a good idea to keep a Naloxone nasal spray as first aid. However, symptoms may return after a few minutes, so it’s still crucial to get to the hospital as fast as possible.

Fentanyl addiction can be treated 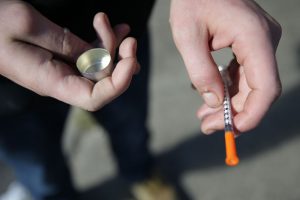 Just like those addicted to other opioids, people who are addicted to this drug may seek treatment. A key step in fentanyl rehab programs is called medically assisted detoxification, which helps wean users off the drug.

When users begin to quit, they would experience withdrawal symptoms such as difficulty sleeping, muscle pain, and mood swings. Managing and minimizing these symptoms is a critical part of the detox process. When aided by medical professionals, recovery is often less painful.

Rehab centers also integrate other treatment methods, such as psychotherapy and socialization. These methods let users develop better habits, which override their desire to take the drug. The entire rehab process may take much time, but in the end, users would be able to live full, happy lives once again.