DMT is an abbreviation for dimethyltryptamine, which is its chemical name. DMT street names include ayahuasca, business trip, Dimitri, fantasia, and nigerine. This drug has been around for a while, as it is being used for various healing rituals. In small doses, it is known to help users feel a calmness in their bodies. However, the drug is also a hallucinogen, so the wave of calm is followed by an intense trip that locks the user into a sort of alternate state of consciousness.

When abused, this drug may cause mental instability because of its range of effects on the brain, which includes hallucinations. It would help to know more about the drug, so read on for seven facts about it.

At the first intake, the drug produces the most intense effects on the user’s body within just 15 to 20 minutes. However, it can stay in the body anywhere between 3 to 24 hours. This means that if users take multiple doses of the drug, they may also suffer the effects of an overdose quickly. 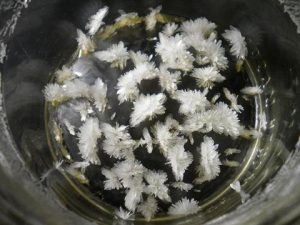 In its purest variety, the drug comes in the form of crystalline powder. When viewed under a microscope, the crystals resemble snowflakes. If the drug is not pure, you would see hints of yellow and brown in the powder.

Street variants of the drug contain various impurities, which give them a purple, pink, or amber-red tone. These impurities are often unknown, and the concentrations of the drug in those forms are also uncertain. With that, street DMT poses a lot more dangers than the pure form of the drug.

It is often inhaled, but there are other ways to administer it

Users would usually snort the crystalline powder, as this method produces the most pronounced psychedelic effects. Some users would take the powder by mouth, but the effects become less powerful, so most of them prefer inhaling the substance.

There is even a variant of the drug called ayahuasca, which is a brew containing herbs and ingredients that have DMT. Users say that ayahuasca enhances their spiritual experiences, so it is mostly used in the rituals of some religions. The other components of ayahuasca may even intensify the psychological effects of the drug.

Injection is another way, but not too many users go down this route as there is a huge risk of getting a sudden, uncontrollable trip from this method.

When users snort the powder, as little as 20mg can give them that psychedelic high. Other users would take up to 40mg, but those with a greater tolerance take higher doses. Anything above 60mg, though, runs the risk of overdose.

The drug triggers a wave of hallucinations 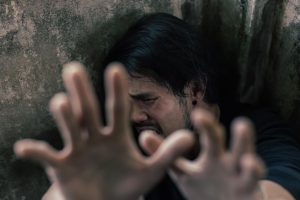 DMT is a hallucinogen; in other words, the drug makes users see things that are not really there. The most prominent symptom is seeing vividly colored abstract images, similar to what one might see when looking through a kaleidoscope. The user may also be hearing things and feel waves of alternating heat and cold.

In the brain, the drug interacts with serotonin, in turn changing the user’s emotions. He may then feel both anxious and euphoric at the same time, or he could go back and forth between those opposing emotions.

These effects are heightened with larger doses of the drug. In fact, a number of users also mention that they’ve had out-of-body experiences as well as interactions with strange entities that some describe as aliens.

The drug’s other immediate side effects include increasing a user’s heart rate and blood pressure, dilating the pupils, rapid eye movements, chest pain, and dizziness. It may also trigger feelings of anxiety and aggression.

If the user takes the drug often, he may develop a condition known as Hallucinogen Persisting Perception Disorder (HPPD). In other words, he may have flashbacks of his previous drug-induced hallucinations even when he is not taking the drug. HPPD can persist even years after he has first taken DMT. The pleasurable, trippy feelings may also go with the persistent hallucinations, but in some users, the former is absent.

There are no withdrawal symptoms, but DMT can cause dependence too 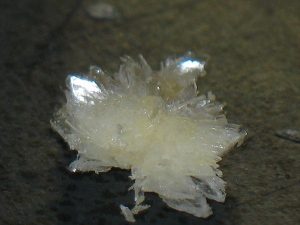 According to the National Institute on Drug Abuse (NIDA), users do not develop tolerance for the drug. So, is DMT addictive? There is not enough evidence to show that it is. It also does not produce any cravings for more. However, its intense hallucinogenic and other psychological effects make it equally dangerous.

However, signs of dependence may develop later on. For instance, a user may see himself spending more and more time and effort using the drug. If this behavior continues, he may end up missing work commitments, family events, and time with friends. Worse still, he may even neglect to take care of his own well-being in favor of taking the drug.

As these habits begin to disrupt the user’s normal life routines, by then, it can be said that he is dependent on the drug.

DMT dependence can be treated

While there are no known FDA-approved treatments for DMT rehab, the effects of long-term use are treatable in a variety of ways.

First and most important of all is family support. Drug dependents struggle to fight the habit day after day, and it is insurmountably difficult for them to deal with it alone. Having a support network close by, especially the user’s family, helps a lot on the road to recovery.

Also, as the drug triggers feelings of anxiety, mood swings, and depressive episodes, cognitive behavioral therapy is also a huge help. This method will encourage the user to adopt a more positive attitude and outlook in life.

Rehab clinics also include regular socialization in their treatment protocols. This would give users more time away from the drug, letting them build healthier habits and restoring their ability to form good relationships with others.

If someone you care about is dependent on DMT, there is hope. Recovery is very possible if they get help early.