Alcoholism refers to any kind of heavy drinking problem. In the medical field, it is also known as alcohol use disorder or AUD. People with this condition cannot control their drinking habits, and they may also become depressed when unable to drink alcohol.

Alcohol abuse has led to a lot of negative effects not just on people’s health, but on the well-being of those around them. Drunk driving, for one, is a leading cause of fatal accidents on the road. Also, alcohol abusers tend to become violent towards their families, which strains the relationships.

Diagnosing alcohol abuse is a bit complicated. Mental health professionals use 11 criteria from the Diagnostic and Statistical Manual of Mental Disorders, which is a standard tool used for assessing mental health issues. Usually, professionals assess patients over 12 months. If the patients fulfill at least 2 of the criteria over that period, it’s quite possible that they have AUD. If they have more than 2, their AUD is more severe.

If you’d like to know more about what alcohol abuse is and its consequences, here are a few facts about it.

Alcohol abuse is a huge problem in the United States 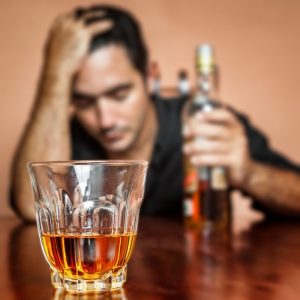 Though drinking is common in many cultures as part of celebrations, socializing with others, and as a relaxing activity, abusing this substance has caused a lot of issues in the US. Based on 2015 data from the National Institute of Alcohol Abuse and Alcoholism (NIAAA), more than 86% of Americans aged 18 and above have taken alcohol. Furthermore, almost 27% of them engaged in heavy drinking or binge drinking.

Consequently, 15.1 million Americans aged 18 and above are diagnosed with AUD. Underage drinking is also a problem, with 623,000 Americans aged 12-17 having the same disorder.

Addiction to this substance is also fatal, and it is in fact the third main cause of death in the US. Based on the 2015 data, about 88,000 people died from excessive drinking. Additionally, nearly 10,000 deaths were reported in 2014 from drunk driving.

Alcohol abuse destroys the body in more than one way

Alcohol usually affects the liver. According to data from 2015, about 47% of diagnosed liver diseases of people aged 12 and above are because of alcohol use. Also, this substance is also linked to over 70% of deaths due to liver cirrhosis. This is a common illness that shows up in people addicted to alcohol.

The brain is another organ that this alcohol targets. The substance affects many areas of the brain, leading to various symptoms. These include not being able to think clearly and move properly.

Moreover, consuming lots of alcohol increases the risks of a handful of cancers. These include breast, mouth, liver, esophageal, laryngeal, and pharyngeal cancers.

Alcoholic beverages can have as much as 75% alcohol 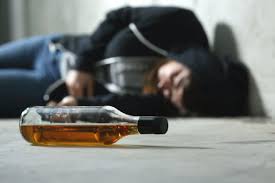 It’s always good to look at the percentage of alcohol a beverage contains before drinking it. All alcoholic drinks that are sold legally have these numbers on the label. They can either be in percent or proof, which is just twice the percent. For example, a drink with 20% alcohol is 40 proof.

People with low tolerances for alcohol should stay away from more concentrated alcoholic drinks. Just a few shots may render them intoxicated. For those who don’t know how much alcohol they can tolerate, it’s also a good idea to avoid drinks with high alcohol content.

For those with higher levels of tolerance, it is still not good to drink more than they can handle. Though they can take it, the excess alcohol still would have harmful effects on their bodies. Regular binge drinking can drive people to addiction very quickly.

Alcohol may stay in the body for up to 24 hours

Once inside the body, alcohol gets processed mainly by the liver. It takes some time before the liver can remove all traces of alcohol from the body. For those wanting to take an alcohol test, take note of how long the substance remains detectable in different parts of the body.

More than one thing contributes to alcohol abuse 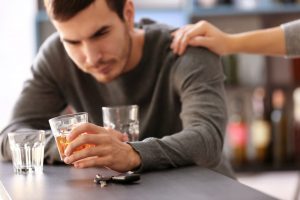 There is no single factor that triggers addiction to alcohol. There can be biological, socio-cultural, psychological, and spiritual factors at play.

Biologically, genetics has a crucial role in determining people’s tolerances to alcohol. Differences in genetics explain why some people almost cannot take alcohol while others can sustain binge drinking. Some people are also more prone to alcoholism because of their genetics.

Psychologically, those who tend to give in to their cravings are often at greater risks for alcohol abuse.

Socio-cultural aspects like friends, family, and environment also play huge parts in influencing people to take alcohol. If individuals are exposed to others who are alcoholics, they may soon become alcohol abusers themselves.

As for the spiritual aspect, this relates to the sense of purpose in life. If people lose that purpose, they may turn to alcohol to cope with their lives’ challenges.

Alcohol abuse has lots of negative side effects

In the short term, alcohol can already affect the body in many ways. Here are some of those immediate side effects:

If people continue drinking for the long term, these additional side effects would develop:

Moreover, continued excessive drinking can cause alcohol overdose. These have symptoms such as:

Anyone with these overdose symptoms should call for an ambulance right away.

There is no single treatment that will solve alcohol abuse. Rather, it takes more than one treatment method, and these must also be customized for each patient. Here are some of those methods.

In some cases, rehab professionals may prescribe medications to help curb the addiction. These include Naltrexone, Acamprosate, and Disulfiram.