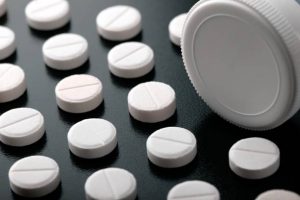 Valium is a kind of drug classed under benzodiazepines, which are usually used as relaxants and tranquilizers. In particular, this drug is prescribed to treat anxiety, convulsions, epilepsy, and alcohol withdrawal. It is also used before surgery as a short-term anesthetic. Sometimes, it is used to prevent nausea and vomiting. Other times, it is prescribed for relieving muscle spasms, cerebral palsy, and movement disorders like athetosis and stiff-person syndrome.

As with many benzodiazepine drugs, its molecules target parts of the brain known as GABA receptor sites. As a result, activity in the brain slows down, and consequently, muscles would relax.

The active ingredient of this drug is called diazepam, and in commercial formulations comes in three doses: 2mg, 5mg, and 10mg diazepam. These come in the form of rounded tablets with three different colors to designate the three doses. White tablets represent 2mg, yellow tablets are 5mg, and blue tablets are 10mg. Additionally, all tablets are perforated at the center with a “V” shape.

Commercially available versions of this drug have a number of brand names, which are:

Other than legitimate medical uses, Valium is also abused and can be addictive. Users often take the drug along with alcohol and other illegal drugs, leading to more harmful side effects. In the black market, Valium takes a number of street names, including:

To understand this drug better and its harmful effects, here are some facts you need to know.

Valium is not as addictive as other benzodiazepines 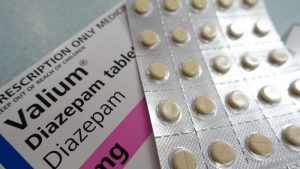 This drug is tightly regulated by the US Drug Enforcement Administration (DEA), and they classify it as a Schedule IV substance. To put this into perspective, Schedule V substances are the least prone to abuse, while Schedule I drugs are the most. Thus, this benzodiazepine is not a very addictive one. For comparison, Librium is a Schedule III drug, which means it has higher abuse potential.

Despite this classification, the drug still has addictive properties, especially as patients develop tolerance for it. Taking more than 2.5mg twice a day would quickly lead to drug-dependent behaviors.

Also, this drug reacts with alcohol and stimulants, leading to more damaging effects on the body. For this reason, the drug must never be taken with any substance that produces these chemical reactions.

The body absorbs over 90% of ingested diazepam

Once a patient takes a tablet, his body takes in almost all of the active ingredients contained within the tablet. After about 1.5 hours, he would feel its peak effects.

Inside the bloodstream, byproducts of the drug have a half-life of up to 100 hours. In other words, it takes that long for the body to clear out half of the dose ingested. Additionally, this half-life comes after an initial phase of 48 hours, in which the drug is distributed throughout the bloodstream.

Before taking a drug test, it’s important to know how long detectable traces of the drug persist:

The medical benefits of Valium do not outweigh its negative effects 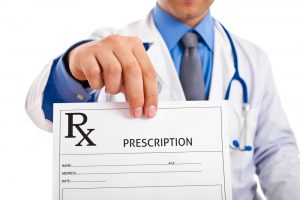 This drug is not widely prescribed because of its tendency to cause dependence. This typically happens when patients take more than what their doctors prescribe. The recommended safe dose for this drug is from 2 to 2.5mg twice a day. So, taking more than that without any doctors’ orders quickly leads to tolerance.

Additionally, there are a number of unwanted side effects upon taking the drug. These include confusion, increased sleepiness, fatigue, bleary vision, and uncoordinated body movements.

Excessive use of Valium can make a user comatose

Since the drug has relaxant and sedative effects, overusing it may lead to a coma. Other symptoms leading up to this point include slurred speech, low blood pressure, weak muscles, and shortness of breath. If a user is experiencing these symptoms, it is best to seek medical help promptly.

If a user has been taking the drug for a long time now, there are additional side effects, which include:

Brain damage, movement difficulties, and other psychological problems may also arise as the drug continues to slow down the brain. At worst, if these issues are not addressed, they may become fatal.

Valium is dangerous when mixed with other substances

The active ingredient of this drug interacts strongly with the following:

This means that the drug should never be taken along with these substances. Otherwise, the patient will experience a handful of adverse consequences.

Withdrawal symptoms can happen even if Valium is taken as prescribed

Even for short-term prescriptions lasting one or two weeks, after a patient has stopped taking the drug, he may experience withdrawal. Some of the usual symptoms include:

Knowing these, intake of the drug must be carefully monitored and controlled to prevent these unwanted symptoms from manifesting. 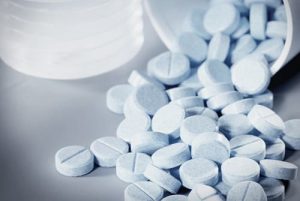 If you or a loved one is afflicted by an addiction to this drug, fear not. There are several options for recovery, but consulting a rehab professional is still best. This way, you would know the best treatment options for your case.

Valium rehab is usually a step-by-step process, starting with a few medications to fight off the effects of the drug. These may include activated charcoal, Flumazenil, Tegretol, and Tofranil. Activated charcoal helps clear away the drug from the body, while the other medications work together to counteract the harmful side effects.

Afterward, rehab professionals may introduce a reward system, which encourages users to develop good habits that overtake drug-seeking behavior. They may also combine this with cognitive behavioral therapy, which attempts to seek out what caused the addiction and helps the user develop healthy coping strategies. The user may also be entered into a recovery group, where they would meet and befriend people with similar addictions.