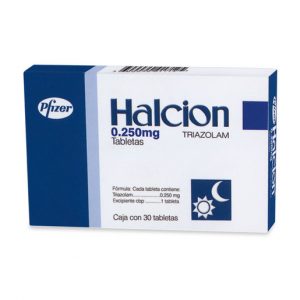 Halcion is a drug with the generic name triazolam, and it is under the class of drugs called benzodiazepines. These are often used as relaxants and depressants. In the case of triazolam, its sedating effects are employed for treating insomnia. Prescriptions of this drug are often short-lived, lasting only 7 to 10 days.

Commercially, the drug is sold as tablets that are blue, ellipse-shaped, and labeled with the words HALCION 0.25. The number refers to the amount of triazolam in the tablets, which is 0.25mg.

There are a number of commercial versions of the drug marketed under these names:

Just like many other benzodiazepines, Halcion is addictive and can be abused. In the streets, the drug is known popularly as:

To know more about the risks of using this drug, here are a few things you need to know.

Halcion slows down activity in the brain 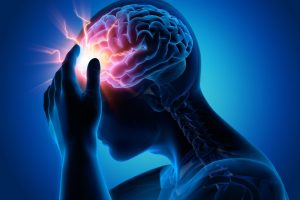 Molecules of this drug target parts of the brain known as GABA receptors. When the drug interacts with these receptors, the latter are less prone to excitation, which in turn leads to a decrease in brain activity. This interaction is responsible for the drug’s sedative effects on the body.

Because of this, the drug is an effective treatment for insomnia. It helps people with the condition to sleep faster and longer, plus it also stops them from waking up too often in the middle of the night.

But also because of the relaxing feeling the drug produces, it has a tendency for abuse.

Halcion is not as strong as other benzodiazepines

The US Drug Enforcement Administration (DEA) classifies the drug under Schedule IV, which is second-to-the-last in terms of abuse potential. In other words, its tendency to be abused is not as high as other benzodiazepines, which are under Schedule III and higher. Librium, for one, is a stronger drug, being classified as Schedule III.

However, the drug is still risky especially when used recreationally. Users often do not take it by itself. Rather, they combine it with alcohol, cocaine, heroin, or other substances to enhance the high. With that, the harmful effects of the substances also join forces, posing a huge threat to the user’s health.

People who take the drug with prescriptions must also be careful, as it can react negatively with some substances. For that reason, it should not be taken along with grapefruit juice, oral contraceptives, and the antibiotic isoniazid.

Halcion is a fast-acting drug even in small doses

Once a patient takes a tablet, he can feel the relaxing effects in as fast as 10 minutes. The usual dosage is 0.25mg of triazolam per tablet, but some studies suggest that even half of that can give similar results.

The drug also has a short half-life of between 1.5 to 5.5 hours. This means that after that time frame, only half of the ingested amount will remain in the bloodstream.

One consequence of the fast action is that patients can also develop tolerance to the drug fairly quickly. Once this happens, they will have to take higher doses to achieve the same effects. And if this pattern continues, it would soon turn into an addiction.

Taking Halcion excessively may cause a coma 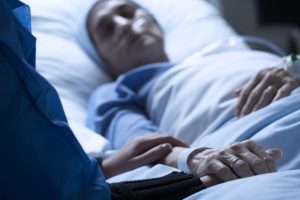 Those who have become dependent on the drug would take it in excess to get the results they want. Soon enough, this behavior will have serious consequences, including respiratory failure. If left unchecked, the drug may soon lead users into comas.

When this drug is used alongside other addictive substances, the side effects are even worse. As users are often not aware of how much drug they take, overdose may happen without them knowing.

Aside from the potential for causing a coma, other overdose symptoms include:

These are all in line with the drug’s sedative effects. As brain activity is constantly slowed down, cognitive and motor functions become seriously affected, leading to the symptoms above.

A common first aid for an overdose is letting the user take some activated charcoal. This absorbs the excess drug in his body. Also, washing out the stomach would help.

Even then, it is best to bring the user to an emergency room as soon as possible. There, medical professionals will administer fluids and medications to counteract the effects of the drug. Doctors may also recommend dialysis, which filters out all traces of the drug from the user’s bloodstream.

Users who attempt to quit the drug will find it hard to do so, as withdrawal kicks in fast. After the user has stopped taking the drug, he would experience these symptoms a day or two later:

These unpleasant symptoms usually persist for 7 days, but in some cases, they may last up to a few months.

Halcion addiction can be treated

If you or someone you know is suffering from addiction to this drug, there is much hope yet. Halcion rehab is a step-by-step process, and it is best done when facilitated by recovery professionals. At first, they may prescribe a range of medications to combat the effects of the drug on the user’s body. These may include the following:

Cognitive behavioral therapy would then follow, which aims to correct the drug-seeking habit. Rehab workers may also set up a reward system to incentivize good behaviors. Recovering users also benefit greatly from group therapy, which gives them a sense of belongingness to a community of people who have the same struggles.

The journey to recovery is an uphill climb, but given the right strategies and professional help, users can get their lives back together again.