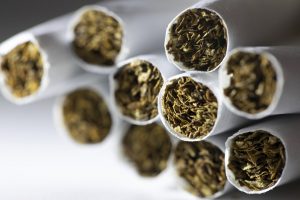 Nicotine is a naturally-occurring substance found in several plants, such as the tobacco plant. Chemists have also produced synthetic versions in the lab. The compound has both sedative and stimulant properties, producing relaxation, enhancing focus, and increasing alertness. Additionally, the substance can improve comprehension, memory, and reaction time. It can reduce anxiety as well.

The substance is generally present in cigars, cigarettes, and the like. Some people chew tobacco leaves as well, while others snort it. Smoking is the most common way to take the substance, with over a billion people smoking tobacco products.

Products containing nicotine are highly addictive, and they are sold on the streets with the following names:

If you’re curious about what nicotine is and the risks involved with using it, here are a few facts about the substance.

The pure form of nicotine is a colorless and oily liquid

When directly extracted from tobacco plants, the substance is oily, colorless, and has a fishy smell. The liquid is denser than water, so it sinks to the bottom when they are mixed.

The substance targets the acetylcholine receptors of the nervous system, causing a chain reaction that ultimately results in these effects:

Aside from these, though, the substance also targets another area of the nervous system called the chemoreceptor trigger zone, leading to another unintended effect: It makes users feel like they’re about to vomit.

Nicotine has been used to treat mental conditions 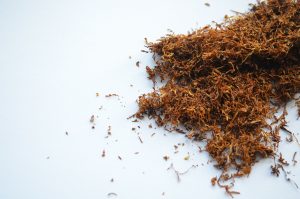 Research has shown that the substance works as a treatment for conditions like Parkinson’s disease, Alzheimer’s disease, and depression.

Nicotine is as potent as meth

Both meth and this substance have almost the same effects on the body. The only difference is the part of the nervous system that is targeted. Some users even take both substances together, and this is a lot more dangerous because the side effects stack up.

Nicotine reaches the brain in only a few seconds

After being inhaled, the substance quickly mixes into the bloodstream. To get to the brain, it would have to cross the blood-brain barrier, but it does so very quickly. The substance would reach the brain in around 8 to 20 seconds after inhalation.

Nicotine has a half-life of 2 hours in the body

In other words, if users inhale, say, 10mg of the substance, only 5mg would remain in their blood after 2 hours. But the exact time it stays in the body depends on other factors too, like metabolism, duration, and amount of the substance inhaled.

Before taking a drug test, it’s also important to know how long the substance remains traceable in different parts of the body:

If this substance is abused, it produces lots of harmful health effects. In the short term, users will feel the following:

Persistent smoking (or intake of the substance in other ways) would also produce more adverse effects in the long run, such as:

If these issues are not met with medical care, they may turn fatal.

Nicotine is the most toxic of all illicit drugs

Though the substance is legal and any adult can buy it, it is actually the most toxic of all the recreational drugs. Side effects show up rapidly, and a lot of them are devastating to health. Severe intoxication would even produce these effects:

If the muscles of the lungs become paralyzed, sudden death may follow. This may happen when users take doses of 30 to 60mg at one time. 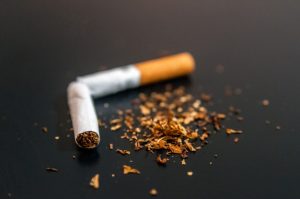 Because of the fast action of this substance, as well as the pleasurable effects it produces, most users are prone to be dependent on it quickly. Additionally, the effects are not consistent; they decrease over time. This pushes the user to take higher doses, contributing to drug dependence and addiction.

When users overdose on this substance, they will experience the following:

When the overdose is severe, the symptoms become more painful. At this point, it is best to call for medical help right away.

While waiting for the doctors, though, some first aid methods would help:

Smokers often have a hard time quitting because of these withdrawal symptoms:

Thus, immediately stopping smoking rarely works well. The better option for most smokers is to lessen their intake gradually until they could live with no smoking at all.

There are many options for treating nicotine addiction

Often, nicotine rehab involves medications as replacement therapies for the substance. For example, there are several available nicotine-replacement therapies to curb addiction. They come in many forms, like skin patches, gums, lozenges, inhalers, and nose sprays. These may take months before addiction is reversed.

Another kind of medication is known as non-nicotine-replacement therapies. These are drugs that counteract the addicting sensations produced by the substance. Rehab professionals may prescribe these drugs for several weeks to ensure complete recovery.