Inhalants  are substances that readily emit vapor, which users can easily inhale for an instant high. This type of drug has different chemical components and classifications. In the black market for illegal drugs, the common streeet names of inhalants include whippets, snappers, and poppers.

It’s a good idea to understand how these drugs work and their effects on the body, so here are a few facts about them. 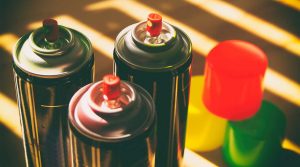 Many inhalants are either liquids or gases stored in plastic bottles, cans, or glass bottles. When opened, the substances vaporize quickly. Other kinds of inhalants are stored in pressurized cans and are sprayed in a mist to be inhaled.

2. There is more than one way of taking inhalants

While all kinds of these substances are inhaled to take effect, there are different ways that users take them. One is through directly snorting the substances from holes on the containers. Another is spraying them directly into the nose or mouth. For other types, users breathe them in using plastic bags containing the substance. There is also a technique called huffing, in which a user soaks a rag in the substance and puts it close to his mouth. Finally, for some types in gas form, users may fill balloons with them and sniff the gas directly.

3. Inhalants have effects similar to alcohol

When users take inhalants, the substances quickly enter the bloodstream and eventually reach the brain. Shortly after, users would feel intoxicated as if they drank liquor. Symptoms similar to alcohol intoxication would come out, such as dizziness, uncoordinated movements, and slurred speech.

In larger doses, these substances could induce hallucinations and feelings of being light-headed.

Particularly strong substances are dangerous as they can rapidly damage nerve tissues. The substances naphthalene and toluene, for example, can do exactly that. Consequently, a user would have the same feeling as someone suffering from multiple sclerosis, such as lack of coordination, tingling sensations, vision problems, and many others.

5. In the long term, inhalants affect other organs too

If a user keeps on taking these substances for long, the liver and kidney may soon become damaged. Also, the drug can affect the ears, which may lead to hearing loss later on. Moreover, even the bone marrow may be harmed.

6. Inhalants usually stay in the body for two weeks 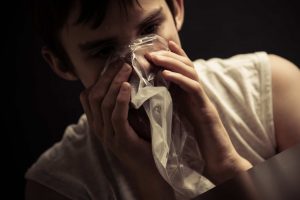 As these drugs are chemically unstable, they do not have a long lifespan inside the body. On average, it can stay in a user’s body for two weeks. Afterward, the substances are eliminated through the urine or through exhaling.

There are factors, though, that may influence how long the substances stay in the body. One of them is age: younger users have stronger and more efficient bodies, so they can excrete the toxins more easily than older users.

Another is height and weight: users who are taller and bigger can take more substances but require a lot of medication as well to flush out those substances.

Finally, metabolism is a huge factor. Users with faster metabolic rates can eliminate the drugs from their bodies more quickly than those with slower metabolisms.

7. Inhalants can be easily abused

These kinds of drugs are more accessible than others. With that, it’s easy for users to abuse the substance. Early detection is possible, though, and it will be a big help to stop addiction from forming. Early signs of abuse include the following:

8. Children as young as 12 begin to use inhalants 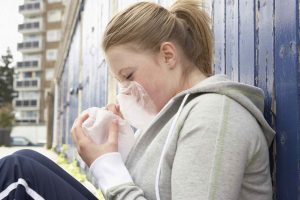 Based on research, about 2.6 million children ages 12 to 17 have been using inhalants. Though sometimes the drugs have medical applications, a doctor’s prescription is needed before a child can breathe in such substances. Thus, most of the children in the statistics could be using the drugs illicitly.

9. Some inhalants are used to enhance sexual performance

Adolescents use a kind of inhalant called nitrites to improve their sex drive. This drug, though, kills the cells of the immune system, making users more vulnerable to infectious diseases as well as cancer. Also, nitrite users often engage in unprotected sex, which exposes them to sexually transmitted diseases like HIV.

10. Inhalants may cause rapid death

Some substances, like solvents and aerosols, interfere with a user’s heartbeat, making it fast and irregular. If he does not seek medical help, this may quickly lead to cardiac arrest and death.

Also, inhaling fumes can suffocate a user, as the fumes block oxygen from entering his lungs. This, too, can lead to a quick death.

11. When users attempt to quit, they would experience withdrawal symptoms

Inhalants are addictive, just like any substance that tends to be abused. So, if a user goes on a detox to break the habit, he will go through the following withdrawal symptoms:

Thus, a supportive network of people is necessary for anyone undergoing  rehab. It would be quite hard for a recovering user to succeed on his own.

12. There are solutions to inhalant addiction 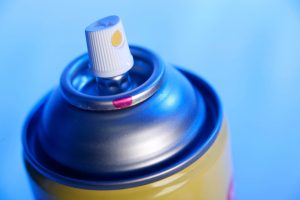 When a user decides that it’s time to quit, it’s important for him to know that inhalant rehab is a process. It takes much time and discipline, but recovery is very possible.

One treatment that rehab centers often employ is called Cognitive Behavioral Therapy (CBT). CBT helps the user accept his situation and convinces him to do what he must to curb the addiction.

Support by family and friends is also one huge factor. If they believe that the patient can live a full life again, their encouragement will surely spur the patient forward on the road to recovery.

Group therapy is another helpful method. Here, recovering users gather into groups and share their experiences with each other. This is helpful in making users feel that they are not alone in their journey.