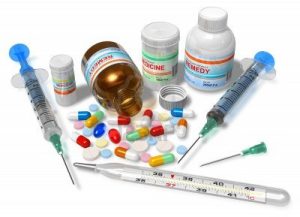 Steroids are compounds that are naturally present in the body. They are essential parts of hormones, which are molecules that regulate bodily functions. Drugs with these components are mainly used to treat cases of hormonal imbalance.

There are two kinds of these compounds:

In the market, these drugs come in various forms, including tablets, syrups, inhalers, injectables, creams, gels, and lotions. Their generic names are:

Many of these drugs are marketed under the following brand names:

Illegal drug dealers also make versions of steroids, which are known by these street names:

If you’d like to know more about what steroids are and what they do, here are some facts about them.

Steroids have a wide variety of medical applications

These compounds are prescribed primarily for treating hormonal imbalance, such as delayed puberty. But they are used for other conditions as well, such as:

Steroids are often misused by athletes

These drugs are effective in increasing muscle mass and physical performance. Thus, some athletes, especially weightlifters, take these drugs. Because they give an unfair advantage, these drugs have been banned in professional sports competitions.

Steroid misuse is more common in men than in women

Commonly, men between the ages of 20 to 30 are those that often abuse these drugs. Similarly, most of them do this to enhance their physical strength and gain muscle mass faster. For women, there have been considerably fewer reports of misuse.

Steroids mimic the effects of testosterone

These drugs have similar effects to the natural corticosteroids made by the adrenal glands. After intake, they are broken down into smaller molecules, which would then target the androgen receptors. This is similar to what the natural male hormone testosterone does. Once bound to the receptors, the result is that more proteins are produced, aiding muscle growth.

Most users take these drugs in large amounts to get better effects. These are usually beneficial for them in the short term, such as reducing inflammation, improved water and salt balance, and enhanced muscle tone and strength.

Steroids can increase strength by up to 20% 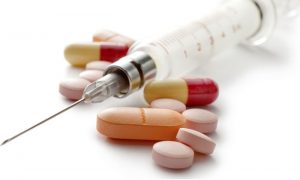 These drugs are quite effective when used properly. Several studies have shown that people who took these drugs saw a 5 to 20 percent increase in their physical strength.

Also, people taking them may gain anywhere from 2 to 5kg of protein mass over a span of 10 weeks. For this reason, these synthetic hormones are popular among bodybuilders and workout enthusiasts.

Consistent use of steroids can upset hormonal balance

Steroids do not have addictive ingredients, but people can still become dependent on them 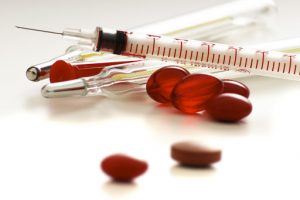 Unlike other stimulants like Adderall and Ritalin, these synthetic hormones do not have any components that trigger euphoric feelings. Despite that, statistics show that about 1% of Americans abuse them.

Mainly, what makes people dependent on these drugs is their desire to get more muscular, have a better body figure, and gain strength. When they use the drugs consistently for a long time, it will lead to hormonal imbalance later on.

Moreover, many males who abuse these drugs are afflicted with body dysmorphic disorder. This is a mental health issue that makes them think they have a lot of imperfections in their bodies. As a result, they become obsessed with getting in better shape, leading them to take these drugs.

Some steroids have half-lives as long as 18 months

There are many different kinds of these drugs, each with a different half-life. This is the length of time it takes for half the ingested amount to be eliminated from the body. Some of them have half-lives of less than a week, while others have as high as 12-18 months.

Steroids have a wide range of detrimental health effects

Especially if these drugs are abused, people will experience the following effects in the short term:

When drug use persists for a longer time, these additional side effects will develop:

For women who take these synthetic hormones, they may experience these effects in the long run:

It is possible to overdose on steroids

If users take more than what they need, often believing that taking more of this drug will make them physically better, they become prone to overdose. Most people who suffer from overdose are weightlifters, gym enthusiasts, athletes, and those suffering from body dysmorphic disorder.

Signs of an overdose include the following:

Steroid addiction can be treated

Those who are addicted to these drugs have much hope for recovery. Steroid rehab must be done step by step for the best results. It’s best to consult recovery professionals to get the best options for each case.

Often, treatments employ a combination of cognitive-behavioral therapy, group therapy, and reward systems. With these, users can take back full control of their lives after the recovery program.