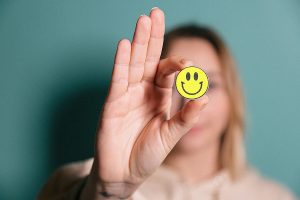 LSD is a hallucinogenic drug that is often used for recreational purposes. When taken in small amounts, the drug can alter a person’s mood, sensations, and thinking. Higher doses produce distorted perceptions of space and time. It is classified as a Schedule I drug, which means it has a high potential for abuse. For this reason, it is an illegal drug in many countries.

The drug, commonly known as acid, was quite popular among young people in the 1960s. In fact, a number of famous singers, artists, and icons of the time have openly admitted to deriving artistic inspiration from taking the drug.

To know more about what LSD is and how it affects the brain and body, here are some interesting facts.

In its purest form, which appears as a white crystalline powder, even just a pinch (approximately 0.1mg) triggers the psychedelic effects.

Other forms of the drug include liquids and capsules. The liquid form is as potent as the powder, and it’s usually kept in vials or small bottles. Other users would freeze liquid acid into ice cubes, then mix them with beverages. The tablet/capsule forms can also be dissolved into drinks as well as being taken directly by mouth. 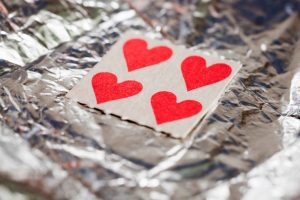 A “trip” is the immediate effect of taking this drug. This trip is much like a religious experience, where a user would seem to perceive things outside of reality with his senses.

Most users experiencing acid trips feel relaxed and more sociable at first. However, others have more negative reactions to the drug, leading to feelings of uncertainty and panic.

3. Some users combine LSD with other drugs

To enhance its effects, some users mix this drug with other illegal substances, such as ecstasy, cocaine, and heroin. Also, some users prefer to take the drug with alcoholic drinks. This combination, though, will result in nausea and vomiting. Others take it with other narcotics like crystal meth, amphetamine, or ecstasy, leading to more panicky moods and negative hallucinations.

4. Effects can be felt with as little as 25 micrograms of LSD

This is not the most satisfying dose, however. Usually, users would take 100 micrograms to get the best kind of trip. For other users, doses can be as high as 500 micrograms.

5. LSD can come in the form of gelatin sheets

Dubbed as “window panes,” these sheets of gelatin are dipped in acid solution, printed with colorful graphics, and perforated into squares a quarter of an inch wide. One square is a small dose of the drug, while an entire sheet contains about 900 doses.

6. LSD can take more than a day to clear the body

The drug can stay for up to 28 hours in the body before it’s completely gone. However, half of the amount taken leaves the body after just 5 hours.

In the bloodstream, it can stay anywhere from 6 to 12 hours. In the urine, traces of acid can stay for up to 8 hours.

The problem with LSD is its addictive properties. If people suffering from mental disorders rely too much on it, they may develop drug dependence.

The first three intakes of the drug produce the most pronounced effects on people’s moods and senses. Afterwards, their bodies become tolerant to the drug, making them crave more of it to achieve their desired trip. Clearly, these effects do more harm than good to those with mental illnesses.

8. Users may eventually become immune to the effects of LSD

Typically, if users take acid quite regularly, they may gain immunity to its effects. In turn, this increases the risk of overdose. As users keep chasing the acid trips, but cannot get them anymore, their attempts at increasing their intake would rapidly lead to overdose.

Over time, the hallucinogenic compounds in acid accumulate in the body. Pretty soon, these would result in permanent brain damage.

One specific action of the drug is disrupting the part of the brain responsible for processing immediate inputs. Thus, users would have trouble recalling recent experiences. When users are on trips, their minds can jump between ideas and memories randomly. Their perceptions would also be distorted, especially their sense of sight. They might see things that are not there or warped versions of the objects around them. 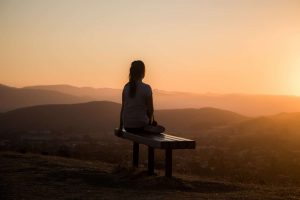 One consequence of the hallucinogenic effects of the drug is what’s known as Hallucinogen Persisting Perception Disorder (HPPD). Here, users constantly see flashbacks of previous hallucinations or past memories. This repeated shifting of visions can drive them into a crazed state, with symptoms such as paranoia, psychosis, and other mental disorders.

Also, consistently using the drug will cause users to be unable to do even simple tasks. In such a state, dealing with their daily activities becomes impossible.

11. Users can recover from LSD addiction

Fortunately, LSD rehab is quite possible. Treatments are often individualized, depending on the level of addiction. Also, some users can progress through treatments faster than others, so this is also accounted for.

During the rehab process, users typically go through three phases of withdrawal. The first phase occurs one day after they are off the drug. This phase is characterized by feelings of panic and anxiety. The second phase, occurring anywhere between days 2 and 4, comprises more anxiety, sadness, depression, and even mental breakdowns. The third phase, which manifests on day 7, is milder as the previous symptoms are gone. However, signs of heavy drug use are still there.

Recovering users have a number of options for treatment: counseling, psychotherapy, support groups, behavior modification, and aftercare programs. If you or someone you care about is addicted to this drug, talk to a professional to know the best treatment options.