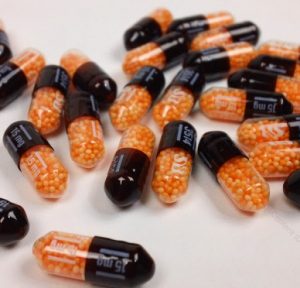 Dexedrine is a stimulant drug often prescribed for treating attention-deficit hyperactivity disorder (ADHD) and, in some cases, narcolepsy. The drug’s active ingredient is a kind of amphetamine, which acts on the fight-or-flight response of the nervous system. In other words, the drug affects the involuntary movements of the body.

When sold in pharmacies, this drug is in the form of tablets and capsules. There are three strengths: 5mg, 10mg, and 15mg. Also, the tablets come in three shapes: three-sided for the 5mg tablet and either round or diamond for the 10mg tablets. This drug is also marketed under the brand names Zenzedi, Dextrostat, and ProCentra. Its generic name is dextroamphetamine sulfate.

If you’d like to know more about what Dexedrine is and what it does, here are some more facts about the drug.

Dexedrine is also illicitly sold on the streets

The Drug Enforcement Administration (DEA) classifies this drug as a Schedule II controlled substance. In other words, Dexedrine is quite addictive, and it is also sold in the black market. In those circles, it is known through the following street names:

Each of these street names may refer to a different mix of the drug. The names also vary depending on location. 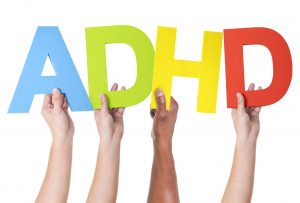 This drug is a standard treatment for people with ADHD. It improves their focus and stabilizes behavior. Also, the medicine is designed to release the active ingredient gradually into the patients’ blood, making the effects last longer.

Dexedrine had other applications in the past

As a stimulant, this drug was also used in the past to treat narcolepsy, which is a condition that makes people always sleepy at any time of the day. This drug helped them stay awake for a sustained period.

Also, in the 1970s, the drug was employed as a medication for obesity. That time, it was known as Obetrol. But the drug is no longer used for this purpose as of now.

Dexedrine stimulates the release of dopamine and norepinephrine

The molecules of this drug target the nervous system, increasing the presence of two brain chemicals: dopamine and norepinephrine. Consequently, this raises blood pressure and provides better respiration. This action contributes to the drug’s stimulating effects.

Dopamine is a molecule involved in the brain’s reward system. In effect, because there’s more of it, people would feel a wave of euphoria. This effect is what most illicit drug users seek as well, turning the drug into an addictive substance.

Other positive effects of this drug are:

Dexedrine is as addictive as meth

As a Schedule II substance, the drug’s addictive potential is at par with that of meth. Even less than 15mg of this drug is as addictive as meth, cocaine, and other Schedule II drugs. In fact, during the time of World War II, soldiers used to take this drug along with meth to keep them alert and awake.

Traces of Dexedrine can stay in the body for 2 days

Before going through a drug test, it’s important to know how long traces of the drug persist in the body. In the blood, urine, and saliva, which are commonly used for drug testing, traces of the stimulant stay for up to 2 days.

The maximum safe doses of Dexedrine must be followed for safety

To avoid unintentional addiction, patients must use this drug only at the dosage prescribed by their doctors. This will vary from one patient to another, but generally, the recommended dosages are:

Take note that these dosages are not meant for people to self-medicate. Always consult a doctor first before taking this drug, as using it improperly may lead to serious side effects.

If not used for its intended purpose, Dexedrine can become addictive

When patients take the drug as prescribed, usually it does not end up becoming addictive. However, when taken for the wrong reasons, addiction will most likely develop. For example, if people use the drug to lose weight, to help them achieve better focus in their studies, to fight fatigue, or just to gain euphoric feelings, they may quickly develop tolerance for the drug. In turn, they would need to take more of the drug to get the same effects. The vicious cycle would go on until their drug behaviors turn into addictions.

Also, if users crush the tablets or empty the contents of the capsule and snort the powder, there is a greater chance for them to get addicted. This is the same if they inject the substance directly into their blood. These methods produce euphoria faster, so illicit users prefer taking the drug through these routes.

Dexedrine may produce lethal side effects

Whether this drug is taken legitimately or illicitly, it does produce some side effects. In the short term, patients would experience the following:

If the drug is taken for a longer time, these additional adverse effects could develop:

The last two effects are particularly life-threatening, and they occur mostly in people who abuse the drug.

There are a good number of Dexedrine rehab options available today. Consult with medical professionals first to get the best advice.

Usually, treatments would involve cognitive therapies designed to help patients develop good habits. In turn, these would replace drug-seeking behaviors. Patients may also be enrolled in recovery groups, giving them a sense of unity with other people aiming to recover.