Ketamine is a drug introduced in 1970 and approved for use as a general anesthetic for short surgeries. Twenty years later, people started to use the drug illicitly for recreational purposes. Currently, it is classified in the US as a Schedule III drug because of how it can trigger hallucinations.

Based on a study from the National Survey on Drug Use and Health, they found out that most users of Special K range from ages 18 to 25. This is because the drug is commonly found in the party scene, where it’s packaged as easy-to-use tablets. It’s also fast-acting, which is great for users who want an instant high during a party.

To know more about what Ketamine is and its harmful effects, read on for a few facts about it. 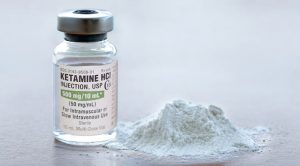 The liquid form of the drug is the one that’s used as an anesthetic. The version of the drug used for this purpose is a colorless, odorless fluid injected into the veins. On the other hand, the recreational variant comes in bottles or small vials. Users would often mix these into a beverage for easier intake.

The powdered form looks similar to cocaine but has a smoother texture, especially if it’s in contact with water. The powder is potent, so even doses smaller than a pinch would take effect right away. Higher doses may lead to harmful side effects.

One popular variant of the drug is the tablet form, which is mainly used by partygoers. The outsides of the tablets have engraved logos, which is similar to the design of ecstasy pills. In tablet form, it is often mixed with other ingredients to enhance its effects. Therefore, it’s hard to know how strong each tablet is, which increases the risk of overdose.

The drug is known to be dissociative, which means it produces feelings of detachment from reality. Some of the drug’s effects include delusions, amnesia (memory loss), and loss of consciousness, owing to how it targets the central nervous system (CNS). The drug also induces hallucinations. Additionally, these feelings are heightened further when it is mixed with other narcotic substances. 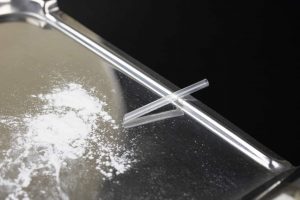 Aside from the CNS, the drug also attacks the cardiovascular system – the heart and the bloodstream. Thus, its other symptoms are chest pain, lowered heart rate, and higher blood pressure. It may also cause respiratory problems.

4. Ketamine is sometimes used as an antidepressant

Some studies have shown that the drug is an effective treatment for a few types of depression and suicidal tendencies. Its sedating effects allow it to remedy depressive episodes in about 4 hours upon intake.

5. The relaxing effects of ketamine make it prone to abuse

Ketamine is addictive because of its relaxing and sense-altering effects. Thus, users tend to abuse this drug easily. The immediate pleasurable feelings that users get make the drug quite addictive. The feeling of numbness and insensitivity to pain is their favorite.

However, as users continue taking the drug, they will soon suffer from memory loss, delusions, and hallucinations. The drug will also damage their bladders and kidneys.

6. Ketamine can take effect in as fast as 30 seconds

When the drug is injected into the body, users would feel immediate reactions within 30 seconds. Other forms of the drug take a little longer: powder acts within 5 to 10 minutes of being snorted, while the tablets take 20 minutes to take effect. Once users take them, it stays in their bodies for up to 1 hour and 30 minutes.

Some traces of the drug in the body can still be detected long after that time frame, though. In the blood, it can stay for anywhere from 4 to 15 days, while in the urine, it can be detected even after 14 days.

7. Ketamine can cause paralysis 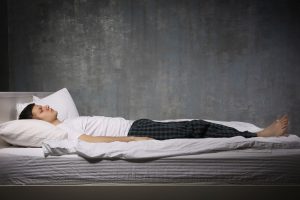 In some cases, a symptom of using this drug is temporary paralysis. This is a consequence of the mode of action of the drug, which produces dream-like states that make the user feel dissociated from their environments. This effect may also be accompanied by hallucinations.

One effect of the drug is giving feelings of extra strength and power. Users may then project this emotion on others through aggressive or violent actions. Additionally, the drug may influence users to be irritated easily, adding to the risk of aggression.

Users of this drug who try to quit their habits would definitely experience withdrawal. The symptoms are varied, which includes the following:

10. Treatments for ketamine addiction are available

There are two bits of good news here. The first one is that those addicted to this drug have hope to get their lives back together again. Second is that addiction to dissociative drugs like this one is not as severe as that with other drugs.

One key procedure in ketamine rehab is a detoxification process. This way, the drug molecules and its byproducts are flushed out of the body. Depending on the case, this process may need close monitoring by medical professionals. Medications are also prescribed to aid in the recovery process.

To help reintegrate patients into society, they are given guidelines on healthy lifestyles that they should adopt. With the help of support groups, if they follow these new lifestyles, recovery would be faster. Also, they would have fewer chances of developing withdrawal symptoms or relapsing.

Do you know someone who is abusing this drug? Don’t worry. You can help them by seeking professional help for rehabilitation.