Alcoholism is a huge problem in many countries. It causes not just health problems, but social and economic ones as well. It affects both the alcohol abusers and the people living around them.

It is quite hard to pinpoint a single cause for alcoholism. In practice, there are many factors that lead to this addiction. According to one theory called the Biopsychosocial Model, there are four categories of things that contribute to addictions: biological, psychological, socio-cultural, and spiritual.

Each of these factors has different levels of influence on people. Thus, no one can say that there is only one cause that leads to alcoholism. It is always a combination of those factors. For most people, the only thing they can control is their discipline towards drinking alcohol.

If you’d like to know more about the different causes of alcoholism, here are some of them.

1. Some factors in alcoholism are from within, and they are hard to change 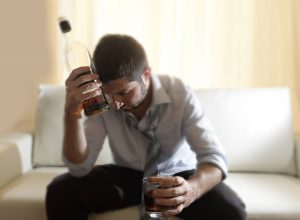 Internal factors are inherent in people, such as genetics, personality, preferences, and impulsiveness. Often, it is hard, if not impossible, for people to change these things. But if they know their own tendencies, they can make better choices with their drinking habits.

2. Factors from the outside also have an influence in developing alcoholism

External factors, on the other hand, are those that come from outside the person. These include friends, family, school, colleagues, religion, and cultural norms. These also play a role in influencing people’s drinking habits.

3. There are certain genetic factors that predispose some people to alcoholism

Many studies have shown links between people’s genetics and the likelihood of alcohol abuse. Based on the data, people who are genetically predisposed to this addiction have a 40-60% chance of getting it. In other words, if people have family members who are alcoholics, they are more likely to develop the same addiction.

According to many studies, people who are diagnosed with mental health conditions are more likely to develop alcohol use disorder. Such conditions include: 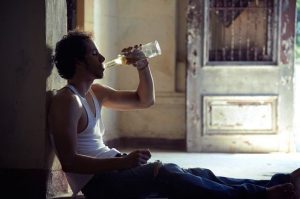 Those with bipolar disorder struggle a lot with alcoholism as well. Based on the data, 50-60% of alcohol abusers are also diagnosed with this mental illness. Aside from that, they also have a higher tendency to abuse other substances.

Some people with anxiety disorders also suffer from alcoholism, but they only account for a little over 19% of alcohol abusers. Those with this mental illness are not so vulnerable to this addiction as those with depression and bipolar disorder.

5. People who have experienced traumatic events are more likely to become alcohol abusers

People who have gone through trauma, especially as children, are much more likely to turn to alcohol and become addicted to it. These events may include sexual abuse, assault, physical abuse, or anything that may scar them for life. These people use alcohol to cope with pain and other negative emotions.

One particular study has shown that if children went through sexual abuse, they are more than 7 times more likely to abuse alcohol later in life.

6. Drinking as a form of stress relief may escalate into alcoholism

Most people believe that alcohol is an effective stress reliever. But the truth is they feel “better” after drinking because of the depressant effects of alcohol. As the substance enters the brain, it triggers a more relaxed state of mind. As a consequence, the body would feel less burnt-out as well. However, these effects may also affect the normal functioning of the brain. Alcohol can make people more likely to get into accidents, fights, and other kinds of trouble.

Despite these side effects, many people still insist that alcohol is a good solution to their problems. If this has become their normal way of coping with stress, they are at a much higher risk of addiction.

7. Peer pressure is a major cause of underage alcoholism

The influence of friends is a major factor that contributes to alcoholism. This is especially true for teenagers, as they want to feel that they belong to their peer groups. They feel that if they don’t drink as their friends do, they would be left out.

Because of such peer pressure, underage drinking is now a huge problem. More and more teens these days have become alcohol abusers. And one common cause is hanging out with the wrong crowd.

8. Less-educated people are more likely to suffer from alcoholism 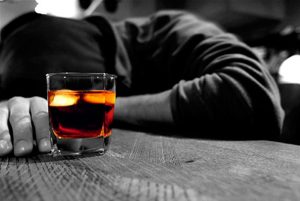 While people’s educational attainment is not a direct cause of alcohol abuse, it does have an effect. Generally, people who have higher levels of education have smaller chances of becoming alcohol abusers.

9. People’s careers may also lead them into alcoholism

People’s jobs may also correlate with their chances of alcohol addiction. Those in high-stress work environments are more prone to developing this addiction, especially if drinking is the typical stress reliever.

But even if some people are in low-stress jobs, they can also be victims of alcoholism. If their colleagues have drinking habits, they may be drawn to alcohol as well. If their drinking is not moderated, they may soon become alcohol abusers.

People’s core values and beliefs also exert a big influence on the tendency for alcohol abuse. For instance, individuals who have a sense of purpose in life generally avoid alcohol or drink only on rare occasions. In contrast, those who have lost their sense of purpose are more prone to alcohol abuse. This stems from a lack of regard for their own well-being, as they have lost their direction in life.

In some rehab centers for alcohol abusers, spiritual formation is part of treatment. Teaching people to develop good values helps in the recovery process. Spiritual exercises such as prayer, forgiveness, and others also allow patients to form habits that replace their desire for alcohol.